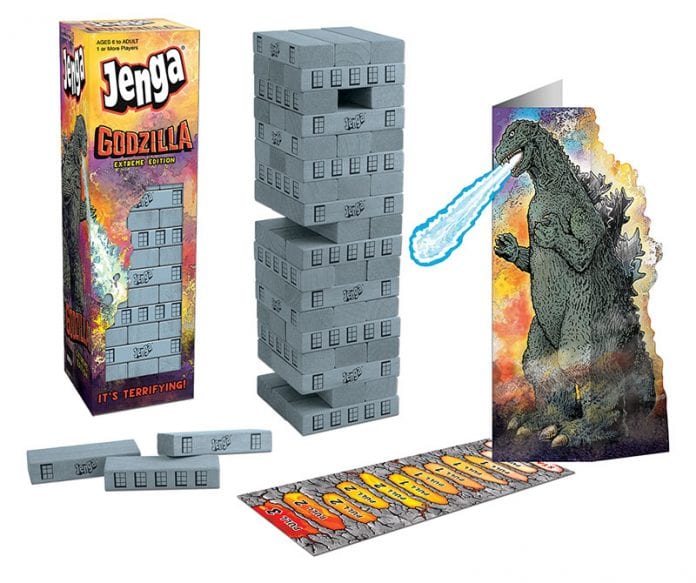 Toho International has partnered up with The Op to bring Godzilla-themed versions of Monopoly and Jenga for fans to enjoy and play with!

As a long time Godzilla fan, I’ve been greatly enjoying the King of the Monsters’ return to prominence in pop culture over the last few years. From new films, to toys, and other collectibles, there’s a lot for fans to enjoy. Now, we can add a pair of classic board games to the list.

The Op, which specializes in creating specially branded versions of boards games (with a license from Hasbro) has revealed a new Godzilla Monopoly and Jenga:

Demolish the competition in a city-terrorizing twist on the classic board game with MONOPOLY: GODZILLA. Begin the invasion by buying, selling and trading locations like Monster Island, Goro’s Workshop, and Kitakami Lake and take over the board with Facilities and Bases. Custom sculpted tokens of giants such as Mothra, GODZILLA, King Ghidorah, and Mechagodzilla easily impose on anything in their path!

Beyond belief… GODZILLA is on the rampage again! With JENGA® GODZILLA Extreme Edition, the titan of terror is trying to bring your tower down with a heat ray. Featuring custom game play, players remove and replace blocks according to the directives to keep it standing through every threatening roll of the dice. Beware, GODZILLA marches toward the tower raising the threat of destruction with every step!