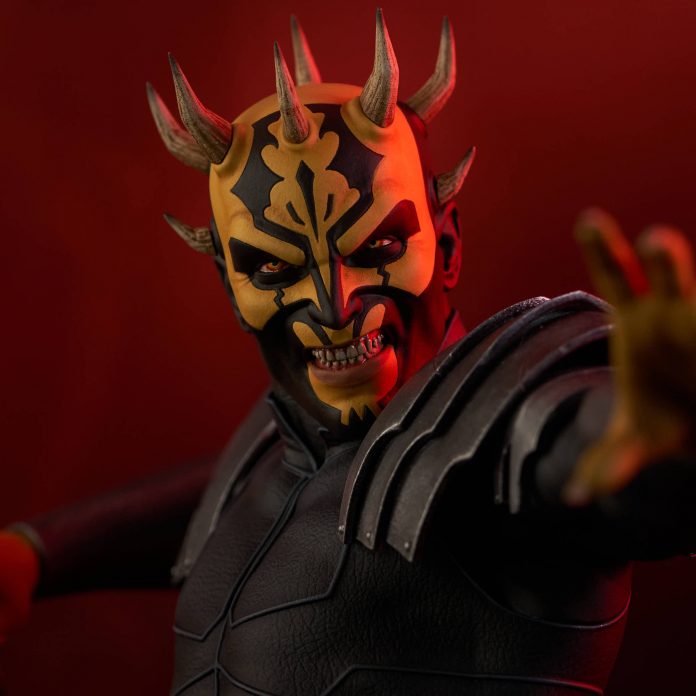 Star Wars collectors have two new items from Gentle Giant to look forward to, pulling from both The Clone Wars and the comics!

Gentle Giant/Diamond Select Toys continue their campaign to get all of my money by revealing two new Star Wars items up for pre-order this morning. One, is an all new mini-bust bringing Darth Maul’s brother, Savage Opress to impressive detail, while the other is a new Jumbo figure pulling from the Doctor Aphra comics:

A Gentle Giant LTD release! Once a common Nightbrother, Savage Opress rose to become the Sith apprentice to Count Dooku, and later the right hand in his brother Darth Maul’s criminal empire. Now, he’s an all-new 1/6 scale Mini-bust from Gentle Giant LTD! Measuring approximately 6.5 inches tall, this detailed mini-bust captures the Dathomirian with lightsaber leveled at his opponent, and is limited to only 3000 pieces. It comes packaged in a full color box with a numbered certificate of authenticity.

A Gentle Giant LTD release! Don’t shake his hand! The droid 0-0-0, a.k.a. Triple Zero, is more than a protocol droid – his specialties include etiquette, customs, translation and torture. A deceptively murderous artificial intelligence, “Trip” is now the latest 1/6 scale, 12-inch Jumbo figure! Inspired by the vintage Star Wars figures of yesteryear, this 12-inch figure comes packaged on a resealable blister card with retro-style card art.

Both of these are available for pre-order right now, which you can do by hitting the links I’ve included above.