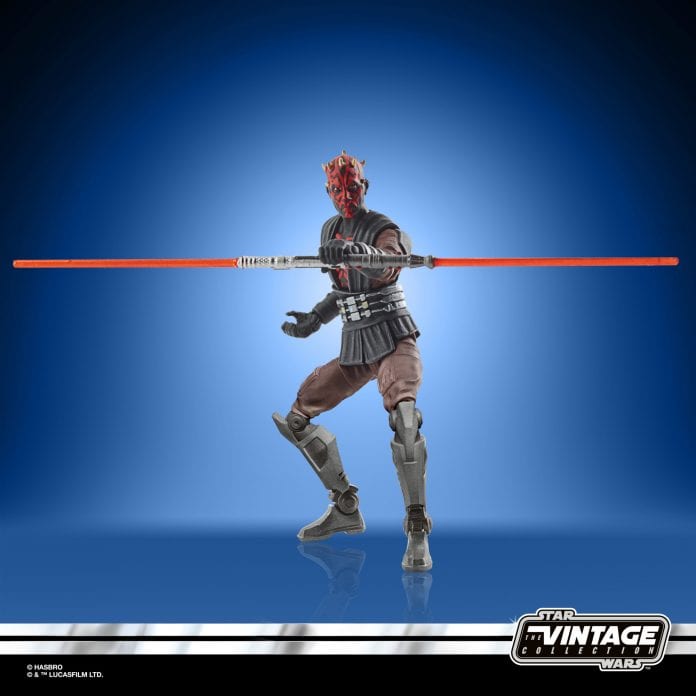 If you thought Hasbro was coming for all your money last year with their wide range of new Star Wars figures (especially in The Black Series) it looks like they have no intention of slowing down this year either. During this morning’s Fan Friday livestream (which you can watch in full here), the toy company revealed several new toys for fans to get excited about:

Let’s kick off with my personal favorites of this group, which is part of the LFL 50th Anniversary (how long the company has been around) this year. These Phantom Menace figures are just all kinds of awesome. Like the Darth Maul and Obi-Wan SDCC exclusives that celebrated the film’s 20th anniversary, these repacks are in the style of the original release packaging.

While I had been collecting before The Phantom Menace hit theaters, this was the first time I’d been around for a movie product launch, and it’s stuck with me ever since. As such, I’m very excited to see this packaging style return. These are exclusive to Best Buy, available for pre-order now, and will arrive around May.

Speaking of cool packaging, another part of the LFL 50th are these retro-looking Black Series figures. Unlike the previous anniversary repacks using this packaging style, the figures themselves are altered to be more in line with how they looked back in the day (complete with Obi-Wan’s wonky vinyl cape).

I love this look, and reminds me a bit of The Mandalorian Credit Collection figures they did last year. Yeah, they’re familiar figures, but the unique color schemes make them feel decidedly different and cool. IGN revealed the first three figures in this line (apparently more are coming) and they are up for pre-order for release later this Spring!

Some new stuff is on the way too, including some new figures based on the upcoming Bad Batch animated series. They also revealed an all new “Elite Squad Trooper” that will be part of the show.

Hasbro also offered a glimpse of what’s to come in The Black Series line, with more figures from The Mandalorian, The Clone Wars, and the films. Personally, I can’t wait to get that Koska Reeves figure. While I love getting more Lando action, I was hoping to see one based on his older, The Rise of Skywalker, appearance…Alas.

Fans of the smaller scale figures aren’t left entirely out in the cold. Hasbro also announced a set of three Return of the Jedi figures (Paploo, Leia, and AT-ST Driver) for The Vintage Collection line are launching as Walmart exclusives this Summer. Fans can also be on the look out this Summer for VTC series figures of Darth Maul and Ahsoka Tano based on their appearances in the final season of The Clone Wars.

This is just a taste of what Star Wars collectors have to look forward to this year, and my wallet is already hurting. Which of these new toys are you looking forward to most?