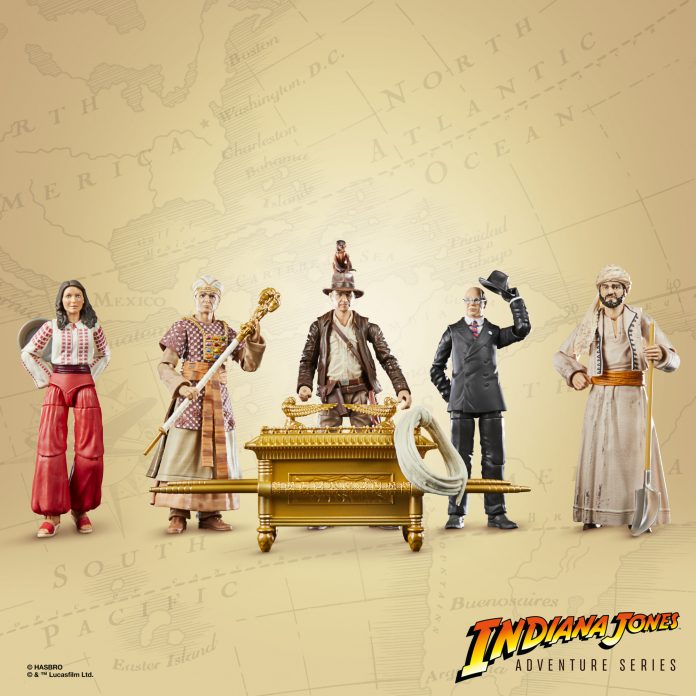 During Day 2 of Hasbro Pulse Con, the toy maker revealed all new toys based of Indiana Jones…They look impressive.

One of the big things fans and collectors were looking forward to during Pulse Con were the reveal of new Indiana Jones toys. It’s been a WHILE since the beloved franchise has seen new figures, and with the next film (finally) on the horizon Hasbro is ready to deliver. While none of the reveals today were from the new film, what was shown is no less impressive. Seriously, they have me tempted to break away from my non-Star Wars toy rule.

The Indiana Jones presentation kicked off with the reveal of the Adventure Series line, which would essentially be the equivalent of the Star Wars Black Series 6-inch figures. Each wave will also include some sort of “build-up” element so that you can recreate an iconic piece of Indy lore. For the first wave (the only one they revealed) consisting of characters from Raiders of the Lost Ark, the build-up item is the Ark of the Covenant!

Included are Indiana Jones, Marian Ravenwood, Major Arnold Toht, René Belloq, and Sallah and set to launch in Spring 2023. All of them look ridiculously detailed and packed with cool things for both collectors and those wishing to actually play. I’m flabbergasted the Toht figure actually comes with an alternate head showing his melting face! Bananas.

Currently, the Indiana Jones and Toht figures are the only ones open for pre-order from just about any major retailer including Hasbro Pulse and Amazon. On top of those, they also announced Indiana Jones will be getting a “Retro Collection” line of figures. Like the Star Wars version of these, the Retro line recreates the old-school original toys from the 80s on reproduced cardbacks.

Kids and collectors alike can imagine the heart-stopping action and adventure of Indiana Jones with figures from the INDIANA JONES RETRO COLLECTION! This 3.75-inch-scale INDIANA JONES figure is detailed to look like the character from the Indiana Jones and the Raiders of the Lost Ark film, featuring a quick-action arm for exciting quickdraw pistol and realistic whipping action, inspired by the 1980s Kenner toys.

How freaking cool is that quick-draw! Seriously, I’m loving this approach and bummed this was the only one they had to show off today. It’s set to arrive in Spring 2023 as well, and happens to have some pre-orders live on Hasbro Pulse and Amazon.

The last thing they showed off today, was a role-play piece (also part of the Adventure Series line) that recreates the iconic Staff of Ra!

The INDIANA JONES ADVENTURE SERIES is inspired by the 40-plus-year legacy of the adventures of Indiana Jones. This INDIANA JONES ADVENTURE SERIES STAFF OF RA HEADPIECE is designed to replicate the bronze medallion from the Indiana Jones and the Raiders of the Lost Ark film. Includes a removable headpiece with light-up inscriptions and center “crystal,” as well as a portion of staff and entertainment-inspired display base. (Requires x2 1.5v AA/LR6 batteries. Batteries not included.)

Pre-orders for this are live now at major retailers including Amazon and Hasbro Pulse. Those were all the toys they had to announce today, but promise much more is on the way, including toys for the upcoming film launching in the Summer. Expect news on those at some point in early 2023.

Which of these new Indiana Jones toys are you most excited about?