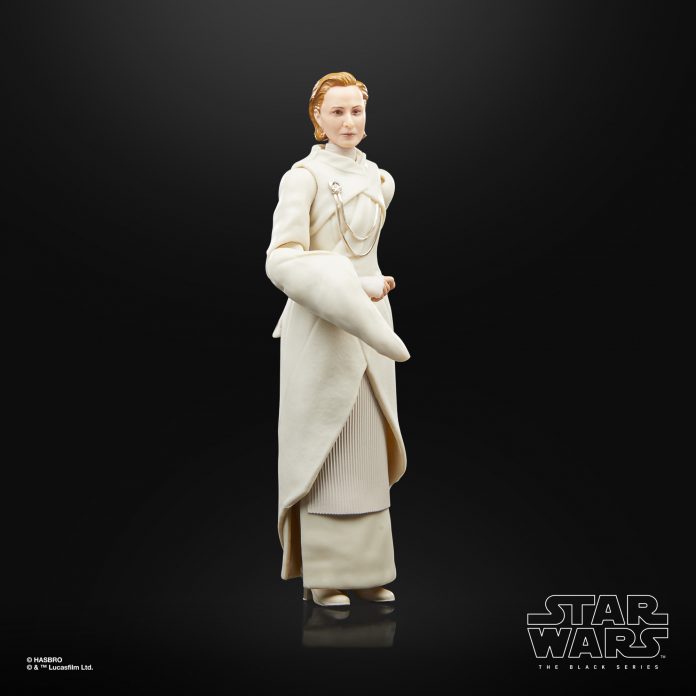 Day two of Hasbro’s Pulse Con closed out the whole event with updates on new Star Wars figures for fans and collectors to look forward to!

The last presentation during Pulse Con 2022 gave Star Wars fans plenty of new goodies (like, not even newly painted troopers either!) for fans to try and snag across both the Vintage Collection and Black Series lines.

First up, let’s talk Black Series. The 6-inch figures are continuing to expand and today they showcased a handful of new figures based off the currently airing Andor Series! Among this wave (set to arrive in Summer 2023) includes Cassian (duh), Bix Caleen, Luthen Rael, and Mon Mothma! I’ve been waiting a LONG time for a Mon Mothma black series figure and I’m super impressed with the one we’re getting. Not to mention getting Bix in the same wave as well, it’s nice to see some women sculpts are getting done at Hasbro.

The good news is all of these are up for pre-order right now on Amazon (viathe links I have above), Hasbro Pulse, or your major retailer of choice.

STAR WARS fans and collectors can imagine scenes from the STAR WARS galaxy with this premium 6-inch AXE WOVES figure, inspired by the character in the STAR WARS: THE MANDALORIAN series. A skilled warrior, Axe Woves is loyal to Bo-Katan and is a member of a band of Clan Kryze Mandalorians striking back at the Imperial remnant. Fans and collectors can display this fully articulated figure featuring premium detail and multiple points of articulation, in their collection. This STAR WARS: THE BLACK SERIES figure comes with one entertainment-inspired accessory.

On top of those, today also brought our first actual look at the Axe Woves Black Series figure that was announced a while back as in the “pipeline.” Set to launch in Spring 2023, Axe Woves is up for pre-order now at Hasbro Pulse, Amazon, or just about anywhere else!

Rounding out the Black Series reveals were the first (official) looks at next year’s Return of the Jedi 40th Anniversary figures. Like the figures for A New Hope and Empire Strikes Back, these recreate the old-school Kenner packaging from the original figure releases 40 years ago.

While more are on the way, the ones shown off today were Endor Princess Leia, Endor Han Solo, Lando Calrissian as Skiff Guard, a Scout Trooper, and Wicket! Yes, we’re finally getting Wicket in the Black Series. How it ended up being the THIRD Ewok figure in this line rather than the first, I’ll never know…but at least it’s on the way! These are also up for pre-order right now ahead of their Spring 2023 debut.

Last, but not least, let’s talk about the Vintage Collection figures. We got two reveals for Andor, including Cassian and Vel Sartha. A massive new troop builder pack (exclusive to Hasbro Pulse) bringing together the entire Cantina Band. Then we got a look at Hunter, the first figure from The Bad Batch to join the VTC. No release details on that one just yet, but the rest are set to hit this Spring and are up for pre-order via the links I’ve included!

Honestly, I’m pretty damn happy with the Star Wars offerings Hasbro showcased today. I’ve been critical in the past of the amount of trooper repaints we’ve gotten, and the lack of women characters, but they really brought a lot of good looking stuff today. Let’s hope they keep this trend going.

Which of these new Star Wars figures are you putting pre-orders in for?