I’d be lying if I said that seeing Hasbro’s new Star Wars toys wasn’t one of the SDCC panels I was looking forward to most.  As an avid Star Wars collector, I’ve been anxious to see what was in store.  Sadly, they didn’t reveal the new line of The Force Awakens figures that are set to release in just a couple months.  Many of us were suprised about this lack of information, but that doesn’t mean cool stuff wasn’t revealed.

Hasbro kicked things off with their six inch, The Black Series, line of toys (my personal favorite), announcing that Sabine Wren would be getting a live-action sculpt and so would Revan, from the Knights of the Old Republic game, who won the Fan’s Choice Poll.  Of course, since those are brand new, they didn’t have images of those, but they did for their next reveals, which you can check out in the image gallery below:

So Kanan, Ahsoka, Jango Fett, and Tatooine Luke are all coming, and they look gorgeous.  I’m glad to see that Hasbro is starting to push more for the cartoon series figures to make the jump to this line as they’ve so far been sticking to the films.  They also revealed the new male Inquisitor and an older Captain Rex (both from Star Wars Rebels season 2) are coming to the 3.75 inch line, and some brnad new VFX Lightsabers.

Far and away, however, the show stealer was The Force Awakens Elite TIE Pilot and vehicle in the six inch scale…This thing is HUGE.  We’ve heard rumblings before that Hasbro would be introducing a six inch scale line of vehicles, and it looks like this will be the first of those.  Coming in at $160, however, it’s hard to say how viable this line will be.  Sure, it looks amazing, but that’s a hell of a price point for collectors to swallow.

What do you think of the new Star Wars toys that are coming out?   Which of these are you most looking forward to? 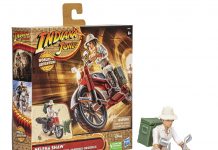 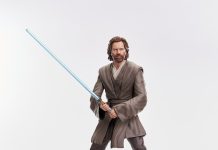