With just one trailer Thor: Ragnarok already looks to be one of Marvel’s more interesting endeavors.  The third solo outing for the Asgardian hero looks to change things up, but for fans eager to see more from the film…there’s been little to see.  Thankfully, LEGO is here to help out and has given us an official look at a pair of upcoming building sets based off the upcoming film.

First up is The Ultimate Battle for Asgard, which looks to let players take on the villainous Hela with a swanky spaceship to go along with it:

Fly the Commodore spaceship and team up with Thor, Bruce Banner and Valkyrie to take on Hela, her Berserkers and the Fenris wolf in this exciting LEGO® Marvel Super Heroes The Ultimate Battle for Asgard set. The Commodore has 2 dual stud shooters and a minifigure-drop function, while the buildable Fenris wolf figure features posable joints for different battle poses. Includes 6 minifigures with assorted weapons such as Thor and Hela’s firing Power Blasts to intensify the role-play action.

• The Fenris wolf has a buildable head with glow-in-the-dark eye elements, minifigure seat and posable joints.

• Weapons include Thor and Hela’s Power Blasts (3 each), Hela’s sword and axe, Valkyrie’s sword and the Berserkers’ blades (2 each).

• Attach the Power Blast elements to Thor and Hela’s hands and push inwards to fire!

• Bruce Banner minifigure has 2 faces—turn the head to begin his transformation into angry Hulk.

Next up is the Thor/Hulk Arena battle, which we saw ever so briefly (though it was awesome) in the first trailer and will give us our very first Jeff Goldblum minifigure…

Role-play an arena duel between Thor and Hulk and then team up with these 2 old friends to topple Grandmaster. This awesome LEGO® Marvel Super Heroes Thor vs. Hulk: Arena Clash set features an arena with a sliding gate, secret weapons rack, 2 toppling pillars, smash-function wall and an opening prison cell. Use Thor’s super jumper to knock Grandmaster off his throne and Loki off his seat. Includes 4 minifigures plus a Hulk big figure with assorted weapons and accessories to intensify the action play.

• Weapons include Thor’s 2 swords, the guard’s staff and Hulk’s axe and hammer.

Both of these sets are set to arrive in the US on August 1st, giving you plenty of time to play around with them before Thor: Ragnarok hits theaters on November 3rd. Will you be picking up either of these? 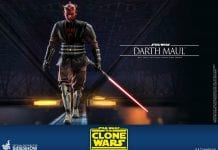