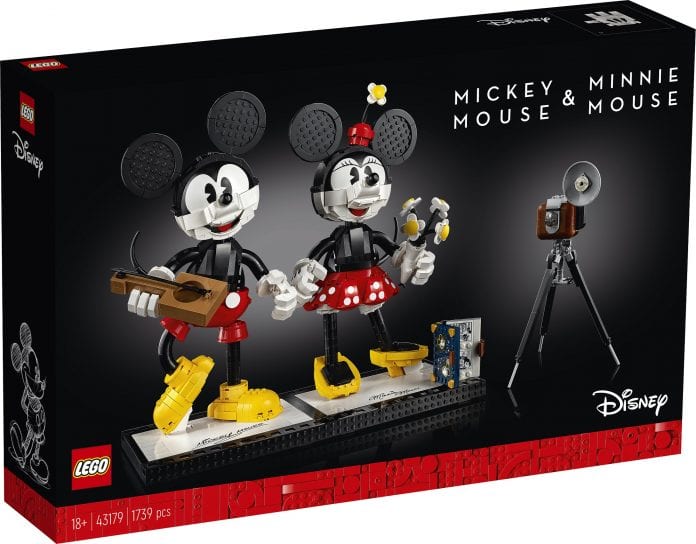 Next month, LEGO is releasing a new set to allow fans to build the iconic animated mice in swanky posable figures.

Well these are kinda neat! While I can’t say I’m chomping at the bit for Mickey and Minnie LEGO sets, the idea of these construction sets that allow for posable figures with this level of detail is exciting. Hell, you can even swap out their expressions! Could open up some other fun collectible possibilities down the road. Step back in time and get hands-on with the original animated stars of the silver screen, as Mickey Mouse and Minnie Mouse are brought to life in buildable LEGO brick form. With this brand-new construction set, fans can re-live fond memories and immerse themselves in the magical world of LEGO|Disney , as they build their own versions of the world famous couple.

Based on Disney’s iconic characters, the large-scale LEGO|Disney Mickey Mouse and Minnie Mouse Buildable Characters are full to the brim with nostalgic and stylish details. Perfect for Disney fans looking to re-create the magic again and again, these dynamically posed models not only come dressed in their instantly recognizable original outfits, they also come equipped with a series of unique buildable accessories to pose with, including a retro camera, a guitar and a photo album complete with pictures of the iconic duo’s adventures from years gone by – creating endless possibilities when it comes to displaying the beloved couple.

Helping to bring some nostalgic movie magic into any home or office, each figure in the new set also stands on a base that resembles an old-time film reel, complete with the original character signatures. With Mickey Mouse standing tall at 14 in. (36cm) high and Minnie Mouse at 13 in. (35cm), the pair make a perfect addition to any Disney fan’s LEGO|Disney collection or as a stand-alone display.