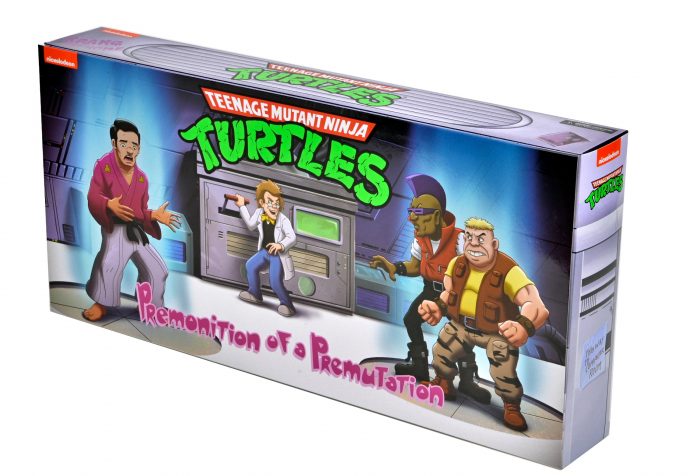 NECA toys have revealed some of the exclusive toys they’re bringing to San Diego Comic-Con this year, including a radical TMNT four-pack.

Earlier today, we saw the Star Wars toys Hasbro is bringing to SDCC’s big return this year, and now NECA has revealed their exclusives as well. In particular, they’re adding to their animated Teenage Mutant Ninja Turtles (in the 80s style) with an impressive four figure boxset.

The “Pre-Mutation” pack brings together Bebop and Rocksteady, Hamato Yoshi, and Baxter Stockman (marking the debut for this figure), in their human forms with a whole bunch of accessories to go with it.

Some of the other exclusives they’ll have for sale on the show floor include:

You can pick these up at NECA’s SDCC booth (#3545) when the convention kicks off on July 20th.