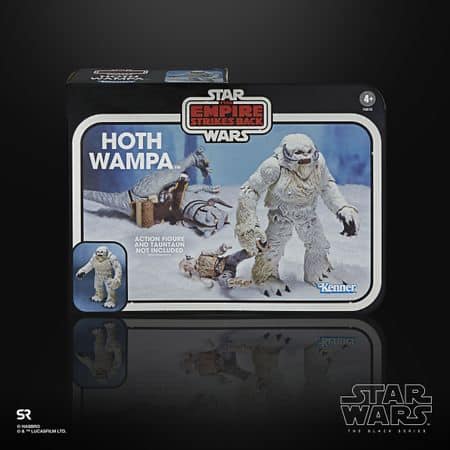 Hasbro has announced some swanky looking Star Wars exclusives for fans/collectors to prepare their wallets for. Without SDCC this year, everything’s going only, so they’ll be using their own HasbroPulse store to deliver the goods directly to fans. So let’s take a look at what’s coming up!

Yahoo! revealed this really cool looking Return of the Jedi set of Black Series figures. Included are four figures, and a speeder bike, based on the iconic action sequence in the film. I love getting these Endor outfits on the figures, as well as another Ewok, but I REALLY love the packaging.

They’ve used it before a number of times on various exclusives and I love it. As a collector who keeps things in the box, it’s nice to have a different type of display to show off. This set will launch in September, and come in at $109.99. Sticking with The Black Series line, Hasbro has also announced a new Wampa figure! On top of cleaning up the previous sculpt/paint from it’s original release (and ONLY including the Wampa) it also comes in really nice classic Kenner packaging that we normally only get from The Vintage Collection line.

Since Empire Strikes Back is my favorite film in the franchise (and I love collecting stuff centered on the battle of Hoth), I will definitely have to pick this one up when it launches in September for $29.99. While last week gave The Clone Wars fans some new Black Series toys to look forward to, today brings fans some smaller scale goodness to enjoy as well. This Vintage Collection three-pack brings together the 501st ARC Troopers (Echo, Fives, and Jesse). As with the others, this will launch in September, coming in at $49.99.

Which of these exclusives are you looking forward to picking up? 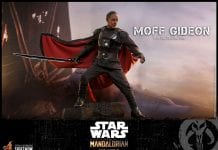