To be entirely honest, Hasbro’s initial line-up of merchandise for Solo: A Star Wars Story was a little disappointing. The selection of characters who received figures seemed stunted and oddly lacking. With no Qi’ra at launch, or L3, Enfys Nest or any of the other ‘crew’ we saw in the trailers, it felt a bit lackluster.

This was even more true when we saw the film and most fans fell in love with Enfys Nest. Don’t fret, however, as Hasbro has revealed several new toys focused on Enfys and the other characters who didn’t make the first wave:

The Black Series is the primary focus of what I tend to collect, and the new figures for Val and L3 are exactly what I’ve been wanting (and they should be hitting store shelves fairly soon). Add that to the INCREDIBLE looking Enfys Nest and Swoop bike vehicle (which sadly won’t hit until the Fall) and I can already feel the money slipping out of my wallet. Beyond those, there other toy lines, including their regular 3.75 inch action figures, and the Micro Force and Galactic Heroes line of figures, are getting Enfys upgrades as well:

Which of these are you looking forward to the most? 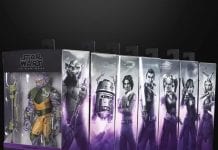 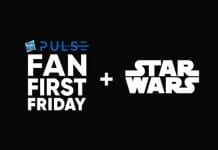 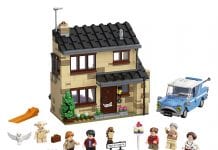 Jordan Maison - 05/28/2020
0
On our latest streaming giveaway, we'll be playing the recently released Minecraft spin-off, while giving away a digital copy of Minecraft Dungeons on Xbox! We...

ABOUT US
For the latest in movie, gaming, and all things geek related. Our team covers the biggest events with experienced writers and passionate fans.
Contact us: [email protected]cinelinx.com
FOLLOW US
© 2020
MORE STORIES