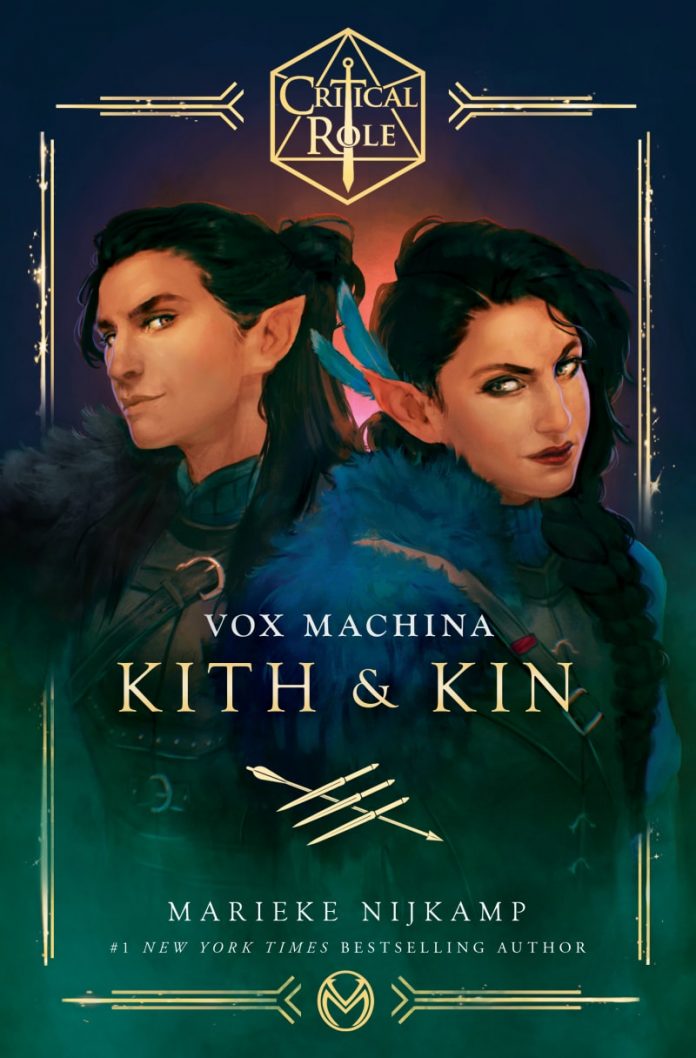 Written by New York Times bestselling author Marieke Nijkamp (This Is Where It Ends) and with cover art by Nikki Dawes, Critical Role: Vox Machina – Kith & Kin will follow a brand-new story, featuring the cunning ranger Vex’ahlia and the conning rogue Vax’ildan (and, of course, Trinket) years before they meet Vox Machina.

After leaving the unwelcoming refuge of Syngorn, the twins become entangled in a web spun by the Clasp, and for the first time Vex and Vax find themselves on opposite sides of a conflict that threatens the home they have carried with each other for years.

“It’s hard for me to think of something more central to all my memories of Critical Role than the bond between the twins,” said Liam O’Brien who plays Vax’ildan on Critical Role. “Discovering and creating their story and their friendship with Laura has been one of the greatest parts of this entire journey and I’m thrilled to dive deeper into their past together with this book.”

“I spent so much of my time growing up pouring over fantasy series,” said Laura Bailey who plays Vex’ahlia in Critical Role. “I always searched for new ways to find out more about the characters I loved. It’s kind of surreal to get to do that now with characters we created. The twins are a part of Liam and I, deeply ingrained, and I can’t wait to uncover more of their relationship with this story.”

Critical Role is of course a weekly live streamed RPG game set in Exandria, which is the world created by veteran voice actor and Game Master, Matthew Mercer. Kith & Kin lands in the canon timeline of Exandria before any of the events of both the home and live streamed campaign and prior to Vox Machina’s first meetings in Vox Machina Origins (2018).