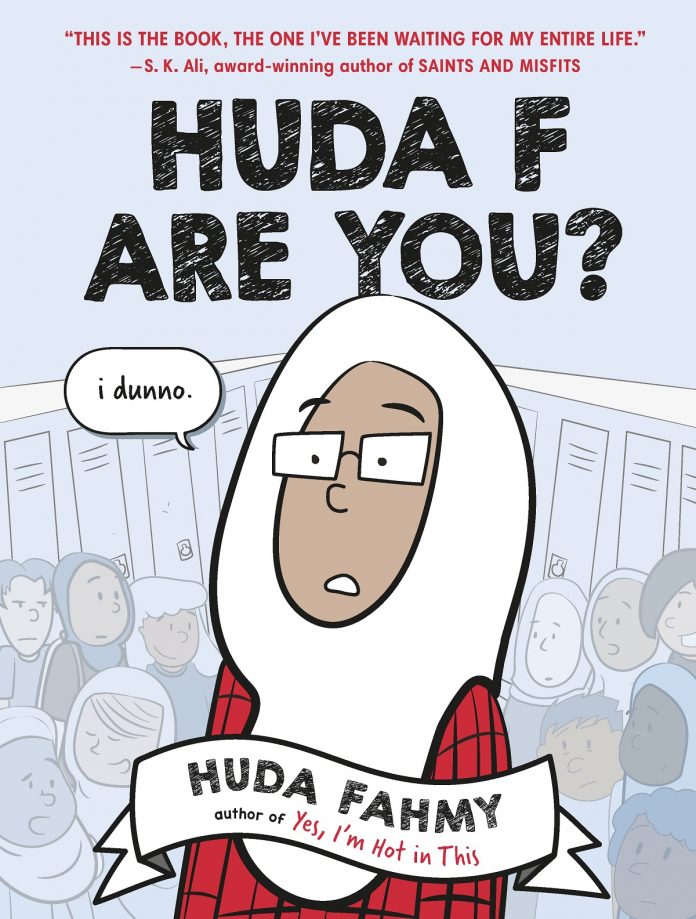 On this episode of Everything is Canon, Steve talks to Huda Fahmy all about her new book, Huda F Are You? which is described as, “a cheeky, hilarious, and honest graphic novel asks the question everyone has to figure out for themselves: Who are you?”

Huda is lost in a sea of hijabis, and she can’t rely on her hijab to define her anymore. She has to define herself. So she tries on a bunch of cliques, but she isn’t a hijabi fashionista or a hijabi athlete or a hijabi gamer. She’s not the one who knows everything about her religion or the one all the guys like. She’s miscellaneous, which makes her feel like no one at all. Until she realizes that it’ll take finding out who she isn’t to figure out who she is.

Speaking for myself here, I’m a cynical person generally and look for joy and laughter wherever I can get it, especially these days. Having said that, Huda F Are You? is one of the funniest books I’ve read and still makes me laugh every time I read it. But here’s the thing, don’t dismiss this graphic novel as simply being purely comedic, because not only did I laugh, I also cried, and I also lamented…a lot.

Yes, there are parts of this book that will leave you feeling both joyous AND heartbroken, but ultimately this book is so incredibly heartfelt and honest, that anyone, regardless of your background, will find ways to relate to Huda’s coming-of-age story which is universal. With uncomplicated yet effectual art and a razor sharp wit, Huda delivers one of the best books of the year.

We talk about the important difference between laughing at Huda and with her, real life Huda vs. graphic novel Huda, her process, Huda F Are You? of course, and much, much more.

Huda F Are You? is out now, click HERE to order a copy today!

Huda Fahmy grew up in Dearborn, Michigan, and has loved comics since she was a kid. She attended the University of Michigan where she majored in English. She taught English to middle and high schoolers for eight years before she started writing about her experiences as a visibly Muslim woman in America and was encouraged by her older sister to turn these stories into comics. Huda, her husband Gehad, and their son reside in Houston, Texas.

Everything is Canon
Everything Is Canon: Huda F Are You?