With the release of Star Wars: The Rise of Skywalker, so to came the end of 43 years of cinematic storytelling involving everyone’s favorite galactic family, those persistent Skywalkers. Of course, as Luke would say, no one’s ever really gone and their story and those around them will live on forever in other mediums, one of which being Lucasfilm’s long-time collaborator, LEGO.

In keeping with that spirit, today Star Wars dot com and LEGO dropped several new sets that span not only all nine films, but The Mandalorian TV series and the Galaxy’s Edge theme park as well! What’s even better is that all of these sets will be included in this Fall’s LEGO Star Wars: The Skywalker Saga video game, with some of them being unlockable bonus minifigures/vehicles. In order to get the code, you’ll have to buy the set…

For some sets, elements like minifigures and vehicles will automatically be included in the game. For others, you’ll just enter a code provided in the set’s building instructions to bring its minifigures and/or vehicles to life in LEGO Star Wars: The Skywalker Saga.

These sets look like a lot of fun and I can’t wait to get my hands on some of them. The Armored Assault Tank (AAT) with the Ahsoka mini is a must have for any fans of the prequels, and the Knights of Ren Transport Ship including Rey and two Knights of Ren mini’s looks spectacular. Even General Grievous’s Starfighter with General Grievous, Obi-Wan Kenobi and Airborne Clone Trooper minis looks pretty awesome. But, for my money, the Razor Crest with The Mandalorian, Greef Karga, Scout Trooper, the Child, and IG-11 minifigures is the best of the best and will most likely be the most sought after.

So, take a look at the sets below, each one with a link to their LEGO dot com page, where you can see even more images, prices, and ordering instructions.

LEGO Star Wars Advent Calendar (Includes Unlock Code) – An annual tradition, this year’s LEGO Star Wars Advent Calendar will pack six minifigures such as Darth Vader with Christmas sweater decoration and D-O with a festive hat, plus a foldout playmat with an image of the Millennium Falcon with Christmas lights to inspire creative play. The 12 mini builds include Anakin’s Podracer, a Republic Cruiser and Darth Vader’s Castle.

AT-AT – Straight out of the iconic Battle of Hoth from Star Wars: The Empire Strikes Back, the AT-AT is a massive 1,276-piece build, featuring a cockpit for three LEGO minifigures, foldout panels, spring-loaded shooters, a speeder bike, winch, and bottom hatch so Luke can throw in a thermal detonator. The set includes six minifigures: Luke Skywalker, General Veers, two AT-AT Drivers, and two Snowtroopers.

The Razor Crest (Includes Unlock Code) – The Mandalorian’s fan-favorite armored transport shuttle comes to life in LEGO form. This 1,023-piece vehicle features a cargo hold with opening sides that double as access ramps and carbonite bounty elements inside, a dual LEGO minifigure cockpit, spring-loaded shooters, escape pod and more authentic details from the series. The release includes an all-star lineup of characters, including The Mandalorian, Greef Karga, and Scout Trooper minifigures, plus the Child and IG-11 LEGO figures. 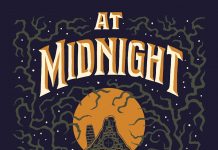