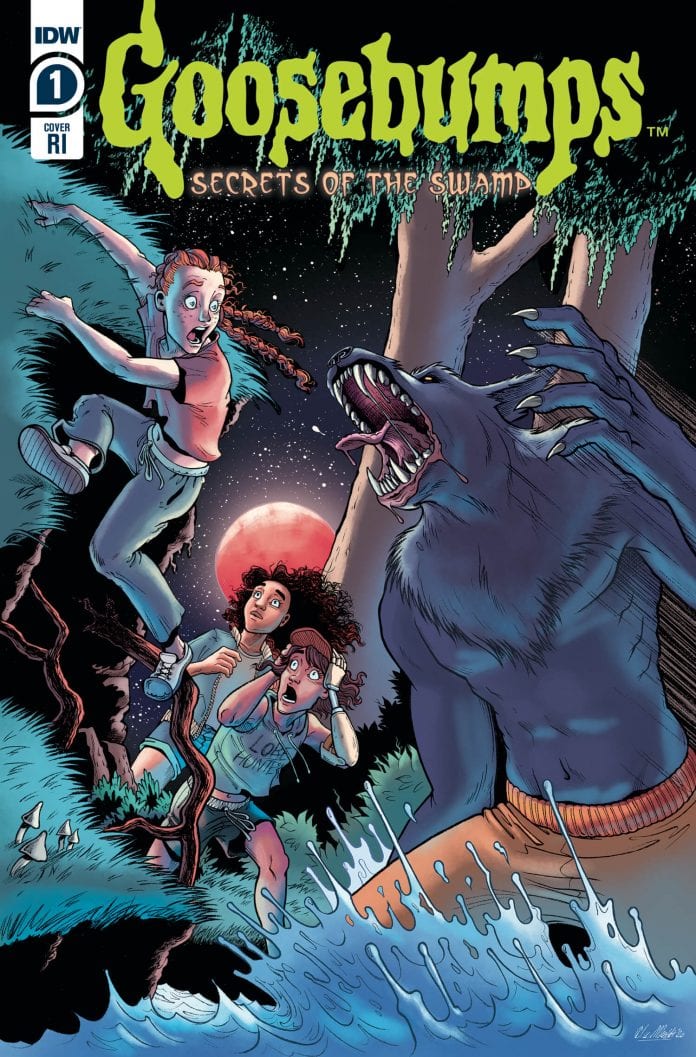 A brand new story by New York Times bestselling author Marieke Nijkamp is coming to the long-running children’s horror series, Goosebumps. This will be a series debut for the author of This Is Where It Ends and writer of DC’s The Oracle Code graphic novel.

Nijkamp is set to write a miniseries called Goosebumps: Secrets of the Swamp for IDW Publishing. The five-issue Secrets of the Swamp introduces Blake, a twelve-year-old girl who is shipped away to her weird aunt’s home in Fever Swamp for the summer. Expecting her weeks to be filled with video games, mosquito bites, and a whole lot of nothing, she instead finds herself in a spooky turf war between wolf hunters and werewolves. With monsters on both sides, it’s up to Blake to use all of her gaming skills to escape alive.

Goosebumps: Secrets of the Swamp will release monthly, starting in September. The comic book features the artwork of Yasmin Flores Montanez and colors by Rebecca Nalty.

Upon joining the Goosebumps family of writers, Nijkamp said, “I have fond memories of Goosebumps terrifying me as a kid, and I’m thrilled to get to play around in Fever Swamp now. Secret is a story all about finding your place in a new town, figuring out who your friends are, and dealing with the deadly monsters that lurk in the shadows. With Yasmin bringing the characters to life in such a wonderful way, I hope you’ll get caught in its snare too. Of course, in Fever Swamp, all secrets have sharp teeth, so best be careful you don’t get bitten,”

Goosebumps: Secrets of the Swamp #1 will be available in September with multiple cover variants for retailers and fans to enjoy, including Cover A by Bill Underwood (below) and a Retailer Incentive edition by Clara Meath (pictured).