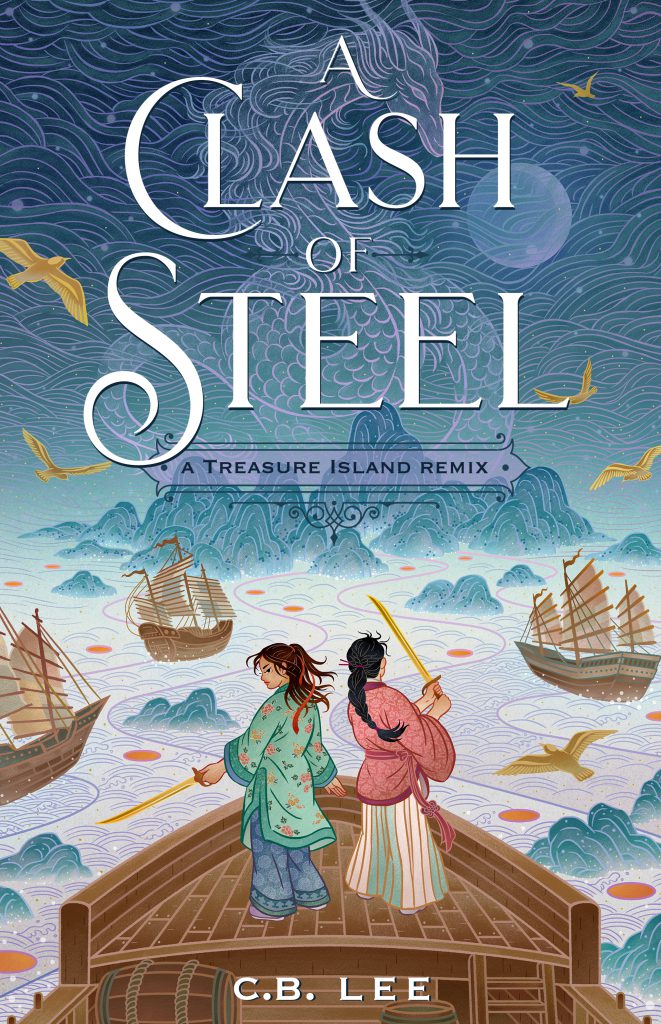 On this episode of Everything is Canon, Steve is talking to C.B. Lee all about her new book, A Clash of Steel: A Treasure Island Remix which put simply is, “Two intrepid girls hunt for a legendary treasure on the deadly high seas in this YA remix of the classic adventure novel Treasure Island.”

1826. The sun is setting on the golden age of piracy, and the legendary Dragon Fleet, the scourge of the South China Sea, is no more. Its ruthless leader, a woman known only as the Head of the Dragon, is now only a story, like the ones Xiang has grown up with all her life. She desperately wants to prove her worth, especially to her mother, a shrewd businesswoman who never seems to have enough time for Xiang. Her father is also only a story, dead at sea before Xiang was born. Her single memento of him is a pendant she always wears, a simple but plain piece of gold jewelry.

But the pendant’s true nature is revealed when a mysterious girl named Anh steals it, only to return it to Xiang in exchange for her help in decoding the tiny map scroll hidden inside. The revelation that Xiang’s father sailed with the Dragon Fleet and tucked away this secret changes everything. Rumor has it that the legendary Head of the Dragon had one last treasure—the plunder of a thousand ports—that for decades has only been a myth, a fool’s journey.

Xiang is convinced this map could lead to the fabled treasure. Captivated with the thrill of adventure, she joins Anh and her motley crew off in pursuit of the island. But the girls soon find that the sea—and especially those who sail it—are far more dangerous than the legends led them to believe.

This incredibly immersive remix puts 1826 and the South China Sea front and Centre, and just like Bethany C. Morrow’s Little Women remix, C.B. Lee grabs the story of Treasure Island and makes it her own, creating what I believe to be the definitive version now. Starting with one of best covers you’ll see this year, A Clash of Steel works just as well as a historical fiction piece as it does a sweeping romantic adventure about found family, a changing world, endless possibility, and of course, treasure.

Steve and C.B. talk about the source material of course and what was essential and non-essential, C.B.’s absolutely incredible family history, the historical nature of the book, tropes we love, A Clash of Steel of course, and much, much more.

A Clash of Steel: A Treasure Island Remix is out now, click HERE to order a copy!

Everything is Canon
Everything Is Canon: A Clash Of Steel - A Treasure Island Remix