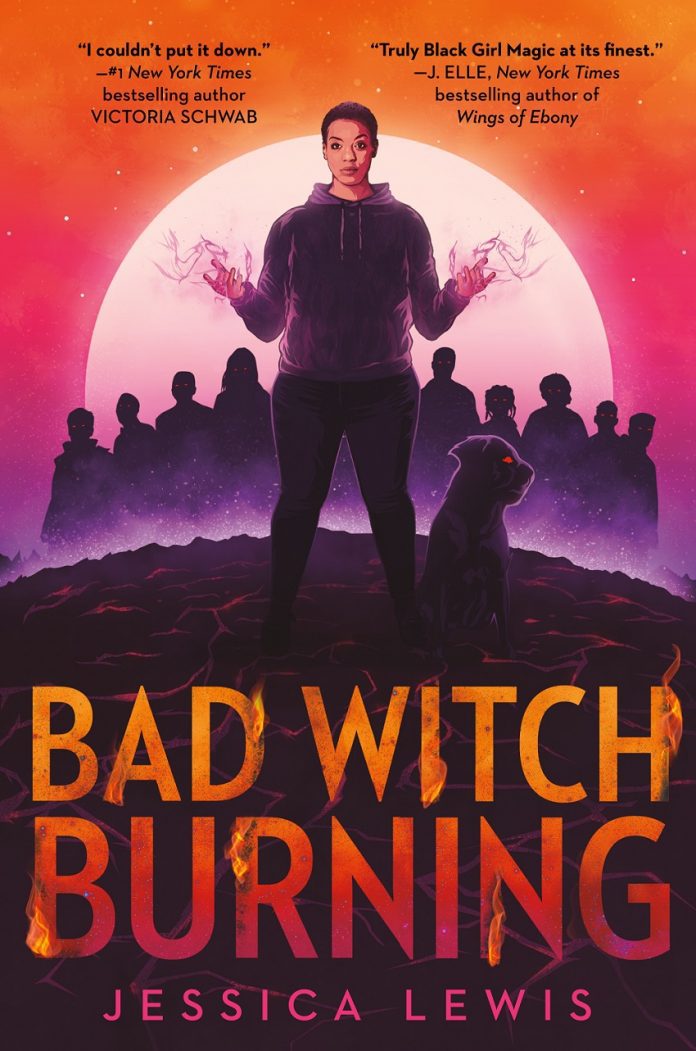 On this episode of Everything is Canon, Steve talks to Jessica Lewis all about her debut YA novel, Bad Witch Burning, which is described as “For fans of Us and The Chilling Adventures of Sabrina comes a witchy story full of black girl magic as one girl’s dark ability to summon the dead offers her a chance at a new life, while revealing to her an even darker future.”

Katrell doesn’t mind talking to the dead; she just wishes it made more money. Clients pay her to talk to their deceased loved ones, but it isn’t enough to support her unemployed mother and Mom’s deadbeat boyfriend-of-the-week. Things get worse, when a ghost warns her to stop the summonings or she’ll “burn everything down.” Katrell is willing to call them on their bluff, though. She has no choice. What do ghosts know about eating peanut butter for dinner?

However, when her next summoning accidentally raises someone from the dead, Katrell realizes that a live body is worth a lot more than a dead apparition. And, warning or not, she has no intention of letting this lucrative new business go.

But magic doesn’t come for free, and soon dark forces are closing in on Katrell. The further she goes, the more she risks the lives of not only herself, but those she loves. Katrell faces a choice: resign herself to poverty, or confront the darkness before it’s too late.

What’s great about Bad Witch Burning is it uses nuance and subtext, yes, and horror, to broad stroke larger themes as horror often does. This fear and anxiety that Katrell and others experience, and that has manifested on our streets and in our neighborhoods is real.

This slice of life tale barely leaves four square blocks, but what’s happening to those affected, those feeling the impact of social imbalance, is happening all across America. And no, I don’t mean witches and sleepwalkers necessarily, I mean a lack of rent control, crime-infested streets resulting from zero social assistance, a system that just doesn’t care about you until you vote, these are the real monsters, not a 16-year-old girl.

Steve and Jessica talk about her almost becoming a vet, growing up poor, why we shouldn’t be too quick to judge people, Bad Witch Burning of course, and much, much more.

Bad Witch Burning is out now, click HERE to order a copy today!

And don’t forget, September is National Hispanic Heritage Month, click HERE to see a list of Latine authors you can support!

Jessica Lewis is a Black author and receptionist from Alabama. She has a degree in English Literature and Animal Science (the veterinarian plan did not work out). She lives with her way-funnier-than-her grandmother, who answers all of her wild questions about ghosts and zombies and werewolves (even if she’s annoyed sometimes haha!). When she isn’t writing or working she enjoys watching cooking shows or HGTV-type home shows.

Everything is Canon
Everything Is Canon: Bad Witch Burning