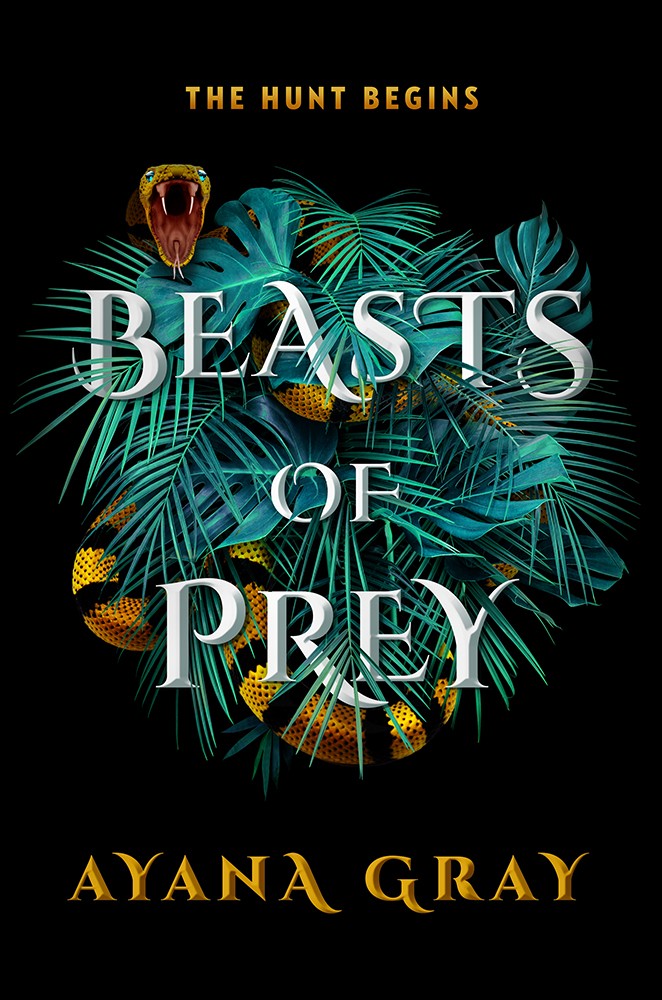 On this episode of Everything is Canon, Steve talks to author Ayana Gray all about her debut novel, Beasts of Prey which is described as, “In this much-anticipated series opener, fate binds two Black teenagers together as they strike a dangerous alliance to hunt down the ancient creature menacing their home—and discover much more than they bargained for.”

Magic doesn’t exist in the broken city of Lkossa anymore, especially for girls like sixteen-year-old Koffi. Indentured to the notorious Night Zoo, she cares for its fearsome and magical creatures to pay off her family’s debts and secure their eventual freedom. But the night her loved ones’ own safety is threatened by the Zoo’s cruel master, Koffi unleashes a power she doesn’t fully understand—and the consequences are dire.

As the second son of a decorated hero, Ekon is all but destined to become a Son of the Six—an elite warrior—and uphold a family legacy. But on the night of his final rite of passage, a fire upends his plans. In its midst, Ekon not only encounters the Shetani—a vicious monster that has plagued the city and his nightmares for nearly a century—but a curious girl who seems to have the power to ward off the beast. Koffi’s power ultimately saves Ekon’s life, but his choice to let her flee dooms his hopes of becoming a warrior.

Desperate to redeem himself, Ekon vows to hunt the Shetani down and end its reign of terror, but he can’t do it alone. Meanwhile, Koffi believes finding the Shetani and selling it for a profit could be the key to solving her own problems. Koffi and Ekon—each keeping their true motives secret from the other—form a tentative alliance and enter into the unknowns of the Greater Jungle, a world steeped in wild magic and untold dangers. The hunt begins. But it quickly becomes unclear whether they are the hunters or the hunted.

There’s no doubt you’ve already heard a lot about Beasts of Prey, it’s been one of those “must reads” for a long time now, and with the recent Netflix pickup announcement, the hype only gets more voracious. Well folks, we’re here to tell you this thing is legit as Beasts of Prey is a magnificent debut by Ayana. Bursting with creativity and a wonderful use of language, this book, the first in a trilogy, will lure you in with its magical properties, not so furtive messaging, and impeccable use of language, but it’s the book’s main characters you’ll fall in love with most of all.

Steve and Ayana talk about the hype surrounding this book, our shared love of animals andtheir preservation, her very consequential time in Ghana, Bests of Prey of course, and much, much more.

Beasts of Prey is out now, click HERE to order a copy today!

And don’t forget, September 15th to October 15th is National Hispanic Heritage Month, click HERE to see a list of Hispanic/Latine authors you can support!

Ayana Gray is the author of speculative works and a lover of all things monsters and #MelaninMagic. Originally from Atlanta, she now lives in sunny Florida where she writes fantastical stories, reads avidly, follows Formula 1 racing, and worries over her adopted baby rhino, Apollo. BEASTS OF PREY (Putnam Books for Young Readers, Fall 2021) is her debut novel.

Everything is Canon
Everything Is Canon: Beasts Of Prey