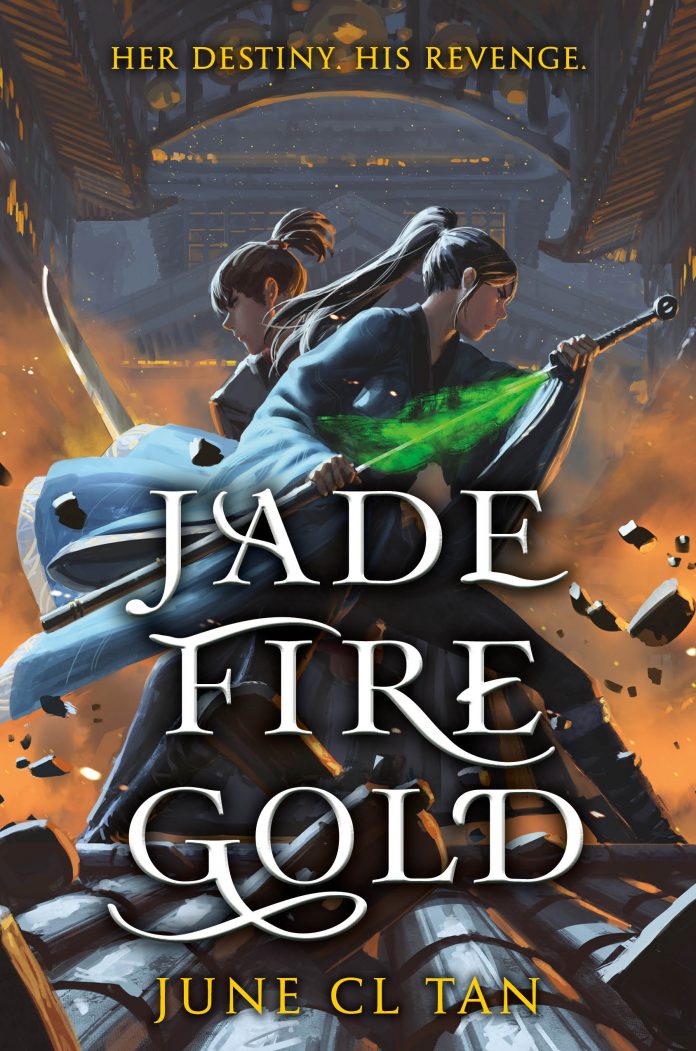 On this episode of Everything is Canon, Steve talks to June C.L. Tan all about her debut novel, Jade Fire Gold, which is described as “Girls of Paper and Fire meets The Tiger at Midnight in June CL Tan’s stunning debut, inspired by Chinese mythology, with rich magic and an epic slow-burn romance.”

Ahn is no one, with no past and no family.

Altan is a lost heir, his future stolen away as a child.

When they meet, Altan sees in Ahn a path to reclaiming the throne. Ahn sees a way to finally unlock her past and understand her arcane magical abilities.

But they may have to pay a far deadlier price than either could have imagined.

Told in a dual POV narrative, JADE FIRE GOLD is a YA fantasy inspired by Chinese mythology as well as xianxia and wuxia elements. Epic in scope but intimate in characterization, fans of classic fantasies and the magical Asiatic setting of AVATAR: THE LAST AIRBENDER will enjoy this cinematic tale of family, revenge, and forgiveness.

In order to save her grandmother from a cult of dangerous priests, a peasant girl cursed with the power to steal souls enters a tenuous alliance with an exiled prince bent on taking back the Dragon Throne. The pair must learn to trust each other but are haunted by their pasts—and the true nature of her dark magic.

Yes, it’s all true, with incredible action, tons of intrigue, and a captivating, and yes, slow burning romance, Jade Fire Gold is a shock to all five of your senses. When it’s done, the only thing you’ll want is more from this incredible world, exciting mythos, and a top-to-bottom great cast.

Steve and June talk about the long and winding road it took to get here, the hype surrounding this book, wuxia and xianxia inspired storytelling, Jade Fire Gold of course, and much, much more.

Jade Fire Gold is out now, click HERE to order a copy today!

June CL Tan grew up in Singapore where she was raised on a diet of classic books and wuxia movies, caffeine and congee. She holds various degrees in communication studies, education, and film. After teaching for a few years, she took a detour into the finance industry. To no one’s surprise, she soon realized her mistake and made her escape. Now, she resides in New York City, talking to imaginary people and creating fantastical worlds under the watchful eye of her crafty cat. She enjoys telling stories that draw on both the traditional and modern to create something fresh to the eye, but familiar to the heart. Jade Fire Gold is her debut novel.

Everything is Canon
Everything Is Canon: Jade Fire Gold