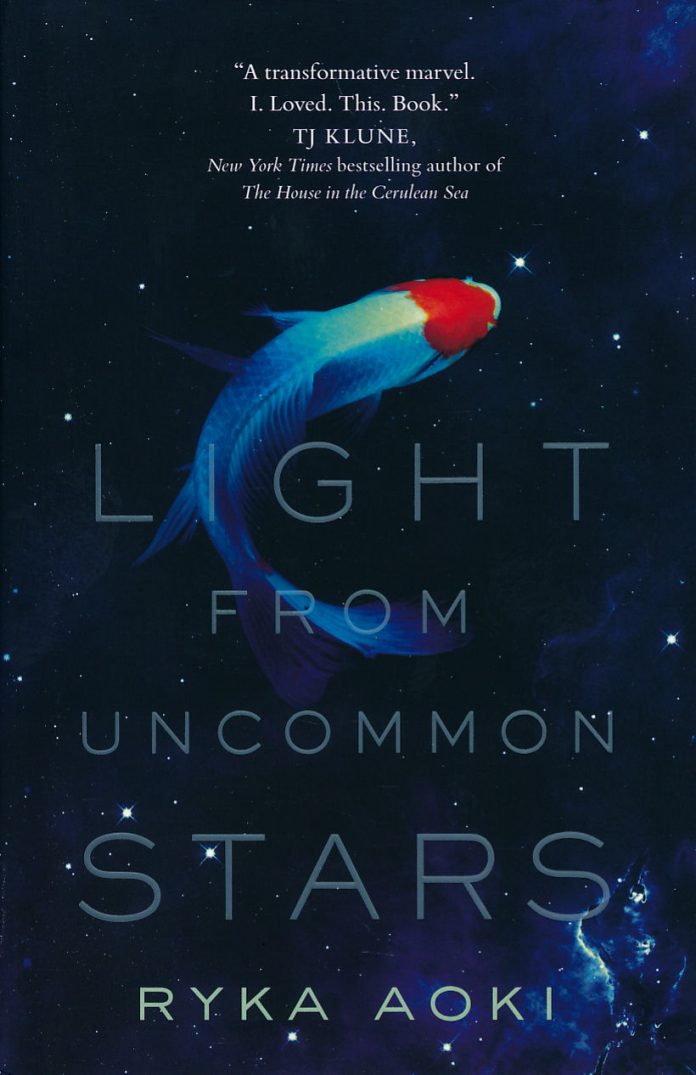 On this episode of Everything is Canon, Steve talks to author Ryka Aoki all about her brand new book, Light From Uncommon Stars which is described as, “Good Omens meets The Long Way to a Small, Angry Planet in this defiantly joyful adventure set in California’s San Gabriel Valley, with cursed violins, Faustian bargains, and queer alien courtship over fresh-made donuts.”

Shizuka Satomi made a deal with the devil: to escape damnation, she must entice seven other violin prodigies to trade their souls for success. She has already delivered six.

But in a donut shop off a bustling highway in the San Gabriel Valley, Shizuka meets Lan Tran, retired starship captain, interstellar refugee, and mother of four. Shizuka doesn’t have time for crushes or coffee dates, what with her very soul on the line, but Lan’s kind smile and eyes like stars might just redefine a soul’s worth. And maybe something as small as a warm donut is powerful enough to break a curse as vast as the California coastline.

As the lives of these three women become entangled by chance and fate, a story of magic, identity, curses, and hope begins, and a family worth crossing the universe for is found.

In what is truly one of the most theme heavy and astonishing books you’ll read this year, Light From Uncommon Stars is incredibly hard to pin down. It subverts traditional storytelling in the best way and handily toils in unconventionality, so much in fact I don’t know if any other book this year will stick with you the same way. With a top to bottom superb cast of characters, vitally important and tight messaging, and converging plotlines that will make your head spin, Light From Uncommon Stars definitely lives up to its name.

Steve and Ryka talk about her many skills and passions, her humanitarian work, loads of violin talk, Light From Uncommon Stars of course, and much, much more.

Light From Uncommon Stars is out now, click HERE to order a copy today!

RYKA AOKI (she/her) is a poet, composer, teacher, and novelist whose books include He Mele a Hilo and two Lambda Award finalists, Seasonal Velocities and Why Dust Shall Never Settle Upon This Soul. Ryka’s work has appeared or been recognized in publications including Vogue, Elle, Bustle, Autostraddle, PopSugar, and Buzzfeed. Her poetry was featured at the Smithsonian Asian Pacific American Center, and she was honored by the California State Senate for “extraordinary commitment to the visibility and well-being of Transgender people.”

Everything is Canon
Everything Is Canon: Light From Uncommon Stars