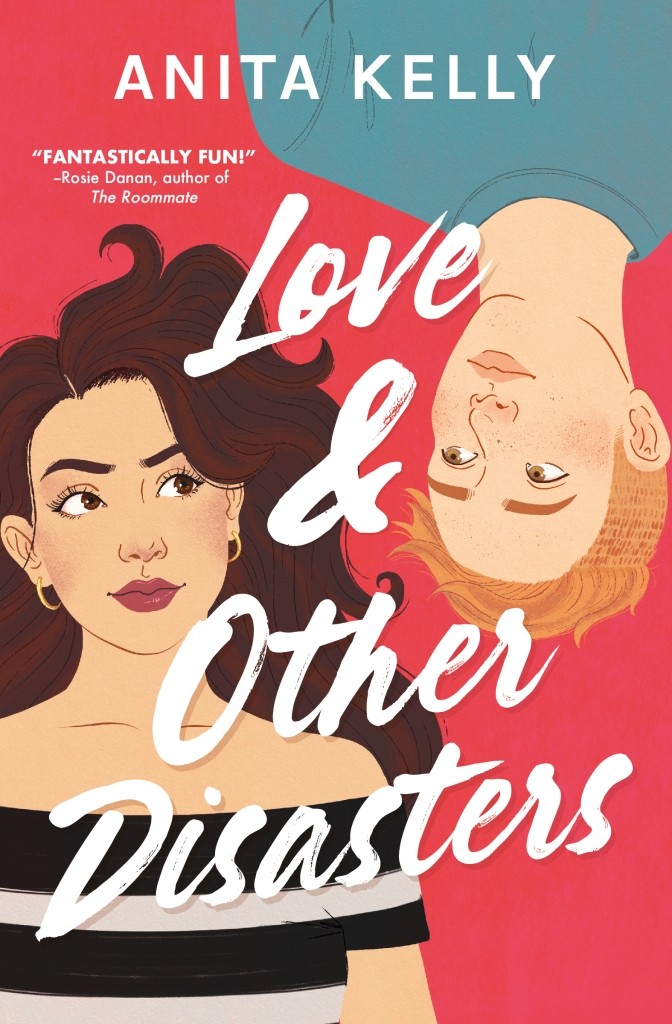 On this episode of Everything is Canon, Steve talks to author Anita Kelly all about their new book Love & Other Disasters, which is described as, “The first openly nonbinary contestant on America’s favorite cooking show falls for their clumsy competitor in this delicious romantic comedy debut that is both fantastically fun and crack your heart wide open vulnerable.”

Recently divorced and on the verge of bankruptcy, Dahlia Woodson is ready to reinvent herself on the popular reality competition show Chef’s Special. Too bad the first memorable move she makes is falling flat on her face, sending fish tacos flying—not quite the fresh start she was hoping for. Still, she’s focused on winning, until she meets someone she might want a future with more than she needs the prize money.

After announcing their pronouns on national television, London Parker has enough on their mind without worrying about the klutzy competitor stationed in front of them. They’re there to prove the trolls—including a fellow contestant and their dad—wrong, and falling in love was never part of the plan.

As London and Dahlia get closer, reality starts to fall away. Goodbye, guilt about divorce, anxiety about uncertain futures, and stress from transphobia. Hello, hilarious shenanigans on set, wedding crashing, and spontaneous dips into the Pacific. But as the finale draws near, Dahlia and London’s steamy relationship starts to feel the heat both in and outside the kitchen—and they must figure out if they have the right ingredients for a happily ever after.

To buy a copy of Love & Other Disasters, click HERE!

Anita Kelly (she/they) is originally from a small town in the Pocono Mountains of Pennsylvania, they now live in the Pacific Northwest with their family, where they spend time in the woods when they can and drink too much tea. Oh, and they also write queer romance! They are represented by Kim Lionetti of BookEnds Literary, and their full-length debut, Love & Other Disasters, is an nb/f adult contemporary romance that will be published by Forever on January 18, 2022.

Everything is Canon
Everything Is Canon: Love & Other Disasters