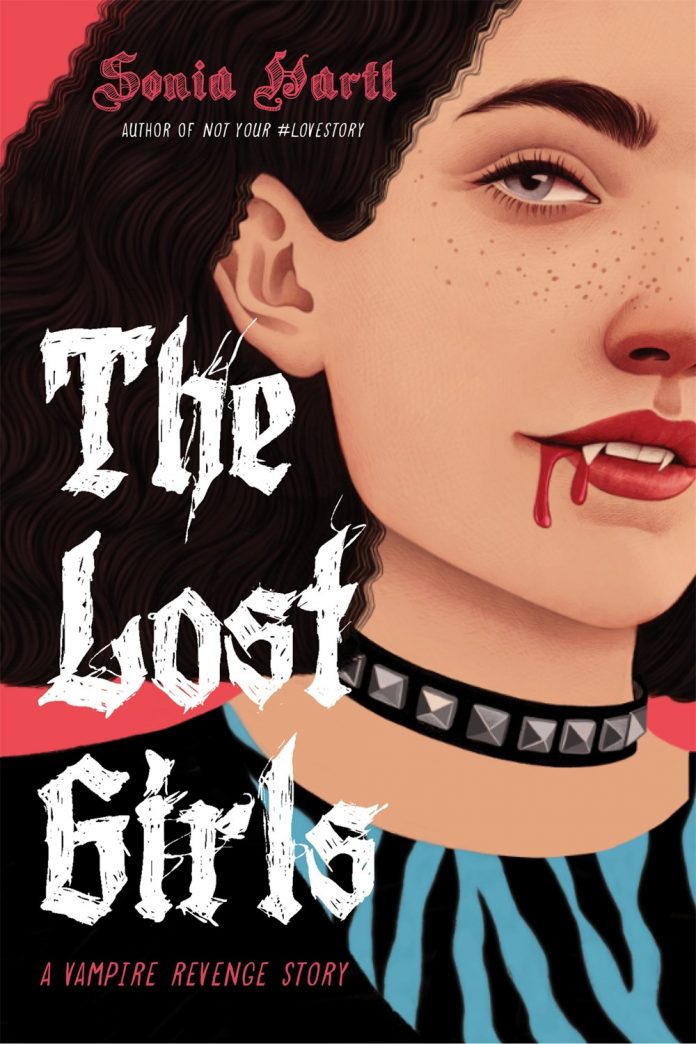 On this episode of Everything is Canon, Steve talks to Sonia Hartl all about her brand-new book, The Lost Girls: A Vampire Revenge Story, which is described as “Sonia Hartl’s the Lost Girls is laced with dark humor and queer love; it’s John Tucker Must Die with a feminist girl gang of vampires.”

When Elton Irving turned Holly Liddell into a vampire in 1987, he promised her eternal love. But thirty-four years later, Elton has left her, her hair will be crimped for the rest of immortality, and the only job she can get as a forever-sixteen-year-old is the midnight shift at Taco Bell.

Holly’s afterlife takes an interesting turn when she meets Rose McKay and Ida Ripley. Having also been turned and discarded by Elton—Rose in 1954, and Ida, his ex-fiancée, in 1921—they want to help her, and ask for her help in return.

Rose and Ida are going to kill Elton before he turns another girl. Though Holly is hurt and angry with Elton for tossing her aside, she’s reluctant to kill her ex, until Holly meets Parker Kerr—the new girl Elton has set his sights on—and feels a quick, and nerve-wracking attraction to her.

Yes, despite the grim nature and buckets of blood, The Lost Girls is one of the most fun books you’ll read this year. Sonia cuts off the vampire crust, removing most of the familiar tropes to give us a welcome new version of vampires we don’t often see, and its wonderful. It will have you thinking twice next time you romanticize the notion of eternal life and definitely make you think about things in a whole new way.

We talk about being a long-time mentor on pitchwars, lots of vampire tropes, crimped hair, the extremely fun nature of the book, The Lost Girls of course, and much, much more.

The Lost Girls is out now, click HERE to order a copy today!

Sonia Hartl is the author of The Lost Girls, Not Your #Lovestory, and Have a Little Faith in Me (Page Street), which received a starred review in BookPage and earned nominations for the Georgia Peach Book Award, YALSA’s Quick Picks for Reluctant Readers, Bank Street College of Education’s Best Children’s Books of the Year, and ALA’s Rise: A Feminist Book Project List. She’s also the author of an adult romcom, Heartbreak for Hire (Gallery). When she’s not writing or reading, she enjoys playing board games with her family, attempting to keep her garden alive, or looking up craft projects she’ll never get around to completing on Pinterest. She’s a member of SCBWI and was the Managing Director for Pitch Wars 2020. She lives in Grand Rapids with her husband and two daughters.

Everything is Canon
Everything Is Canon: The Lost Girls - A Vampire Revenge Story