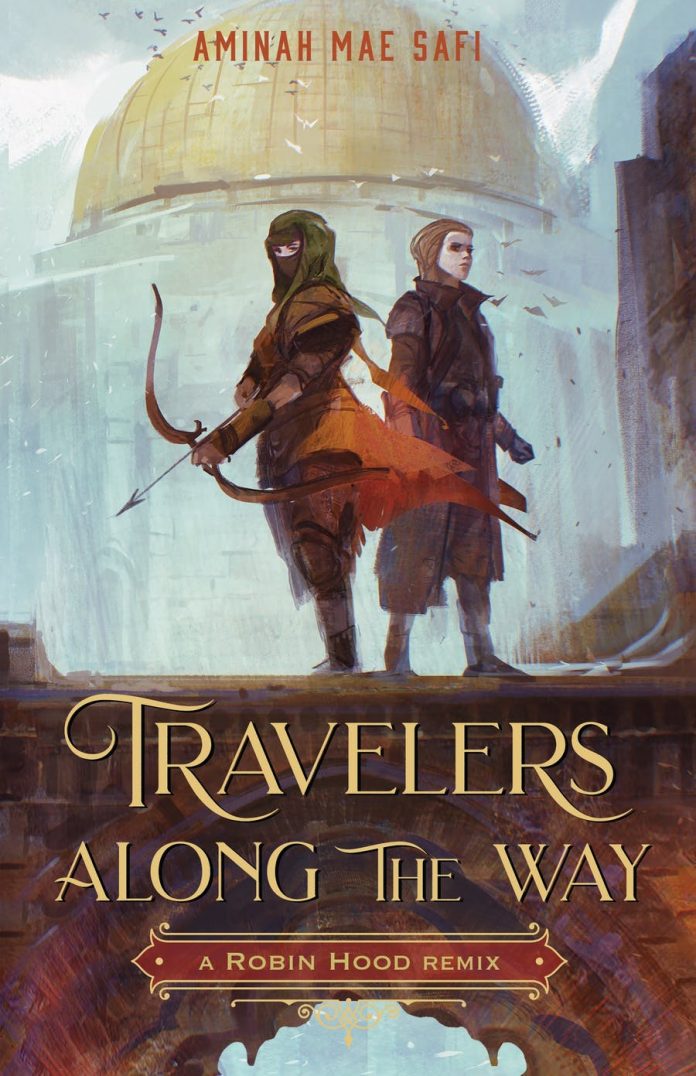 Jerusalem, 1192. The Third Crusade rages on. Rahma al-Hud loyally followed her elder sister Zeena into the war over the Holy Land, but now that the Faranji invaders have gotten reinforcements from Richard the Lionheart, all she wants to do is get herself and her sister home alive.

But Zeena, a soldier of honor at heart, refuses to give up the fight while Jerusalem remains in danger of falling back into the hands of the false Queen Isabella. And so, Rahma has no choice but to take on one final mission with her sister.

On their journey to Jerusalem, Rahma and Zeena come across a motley collection of fellow travelers—including a softspoken Mongolian warrior, an eccentric Andalusian scientist, a frustratingly handsome spy with a connection to Rahma’s childhood, and an unfortunate English chaplain abandoned behind enemy lines. The teens all find solace, purpose and camaraderie—as well as a healthy bit of mischief—in each other’s company.

But their travels soon bring them into the orbit of Queen Isabella herself, whose plans to re-seize power in Jerusalem would only guarantee further war and strife in the Holy Land for years to come. And so it falls to the merry band of misfits to use every scrap of cunning and wit (and not a small amount of thievery) to foil the usurper queen and perhaps finally restore peace to the land.

Travelers Along the Way is out now, click HERE to order a copy!

Aminah Mae Safi is the author of four novels, including Tell Me How You Really Feel (Feiwel & Friends) and the forthcoming Travelers Along the Way: a Robin Hood Remix (Feiwel & Friends, 2022). She loves Sofia Coppola movies, Bollywood endings, and the Fast and Furious franchise. Her award-winning short stories can be found in Fresh Ink (Crown Books for Young Readers), Freshman Orientation (Candlewick Press, 2023), and Out of Our League (Feiwel & Friends, 2023). Her writing has also appeared at Salon and Bustle.

When not writing, she can be found teaching at the low residence MFA program at Antioch University as well as instructing new writers at the UCLA Extensions Creative Writing program.

Everything is Canon
Everything Is Canon: Travelers Along The Way: A Robin Hood Remix