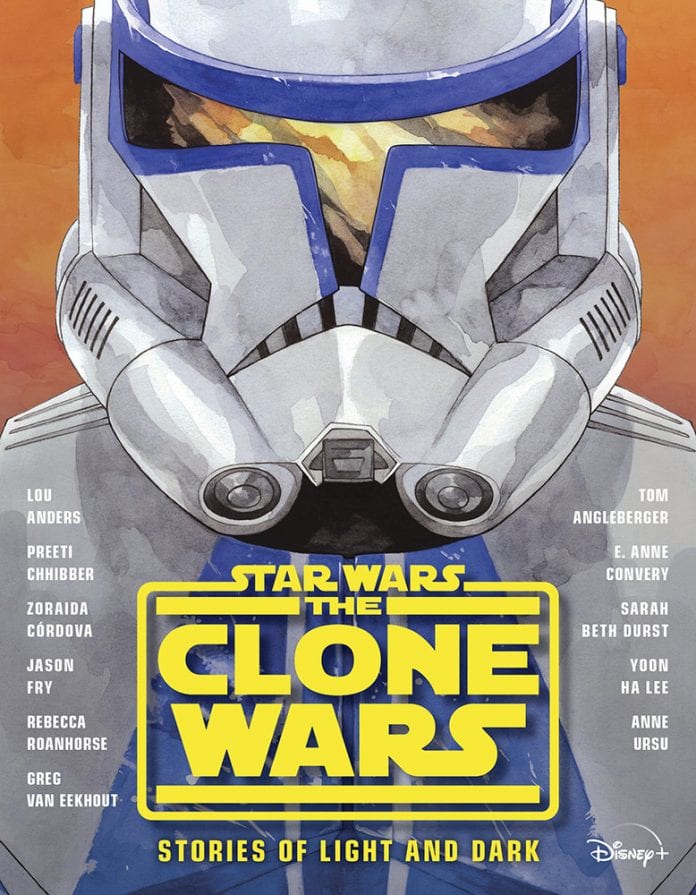 Looks like “Star Wars: The Clone Wars: Stories of Light and Dark” is getting the audiobook treatment, and it’s an all-star list of names any fan should be familiar with.

As far as Star Wars is concerned, 2020 might go down as the year of “The Clone Wars” as we’ve been blessed with quality content concerning those three action-filled years. Besides the animated series coming to an incredible end, there seems to be no shortage of written material on the way. One of those is “Star Wars: The Clone Wars: Stories of Light and Dark” anthology book from Disney Books.

From Anakin to Yoda, Count Dooku to Darth Maul, this exciting middle grade anthology will recount different explosive events from The Clone Wars from the points of view everyone’s favorite characters–with each character written by a different popular author.

It’s no secret I’m not a huge fan of audio books. One of the things that turns me off is when the character voice doesn’t line up with the one in my head. With existing characters, this is even more troublesome. I’ve come around recently with Sarah Kuhn’s amazing “Star Wars: Doctor Aphra” audio drama, in particular the outstanding performance of Emily Woo Zeller.

And things are looking good going forward as today, Star Wars dot com revealed the cast for the Star Wars: The Clone Wars – Stories of Light and Dark anthology audiobook, which features many of the voices from the show itself.

“Pursuit of Peace”…read by Catherine Taber

“The Shadow of Umbara”…read by James Arnold Taylor

“The Lost Nightsister”…read by Nika Futterman

“Almost a Jedi”…read by Olivia Hack

I for one am very happy to see Nika Futterman back playing Asajj Ventress, one of my favorite characters from “The Clone Wars” series. “Star Wars: The Clone Wars – Stories of Light and Dark” the book hits shelves on August 25th, you can pre-order by clicking HERE.