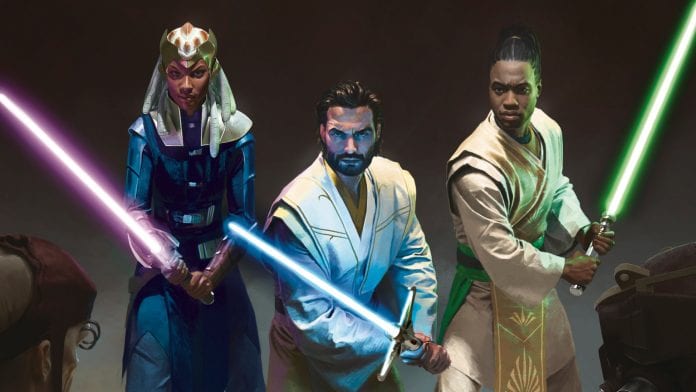 That’s right, Star Wars: The High Republic: The Rising Storm, which will be available on July 6, 2021, got a fancy cover reveal today courtesy of Star Wars dot com. This second adult novel in The High Republic publishing initiative, the first being Charles Soule’s Light of the Jedi, will “build on the heroic Jedi and the nefarious Nihil” which made their stunning debut in Soule’s book.

The novel’s always eloquent author Cavan Scott, who has written countless Star Wars titles at this point including last year’s Dooku: Jedi Lost, had this to say about his first non-comic book The High Republic contribution…

Writing a Star Wars novel is always an honor, and this has been no different. It’s a responsibility I never take lightly, especially while opening up a new era in Star Wars storytelling such as the High Republic.

This incredible cover by artist Joseph Meehan (which you can see below), features Jedi Council member Stellan Gios, Padawan Bell Zettifer, who were both featured in Light of the Jedi, and newcomer Ty Yorrick! As for the plot? Well, it’s much too early for that but besides the novel continuing the adventures of the Jedi of the High Republic era, Scott said…

The Rising Storm sees the Nihil taking their reign of terror to the next level, building on their appearances in Light of the Jedi and beyond. Standing in their way this time are newly elevated Jedi Council member Stellan Gios, along with Padawan Bell Zettifer and an intriguing new character, the saber-for-hire Ty Yorrick who I’ve had a blast creating.”

“Yorrick is a Force-sensitive monster hunter with a mysterious past. What is that past? Well, that would be telling. All I’d say is that you don’t want to get in her way, as Stellan and the others soon realize for themselves.

I’ve read the first three books, Light of the Jedi by Charles Soule, Into the Dark by Claudia Gray, and A Test of Courage by Justina Ireland, and if those are any indication of what to expect from The Rising Storm, we are very lucky indeed.

Star Wars: The High Republic: The Rising Storm will be available on July 6, 2021, pre-order yours today by clicking HERE! 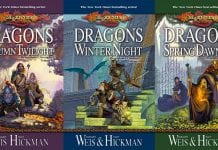