A fairly late-comer into the recent VR war the HTC Vive system was bought out by Valve, which if you’re at all familiar with the climate of PC gaming is an incredibly exciting prospect. Fortunate enough to be invited to just one of 30 UK companies that Valve sent a VR prototype to, I jumped at the chance to forge my own first impressions of the tech.

Facing the system’s two elevated motion sensors looming over either side of a good few square meters of unoccupied space it quickly became apparent just how much dedicated space is required for the set up. I won’t lie, when presented with two strangely satellite shaped controllers (now replaced by a far more sleek design) and a wired headset that managed to get horrifically tangled before even placing it on my head, the word “gimmick” popped into the back of my mind a fair few times.

Seeing such a complicated setup and rather questionable hardware features, I wasn’t convinced. But man, oh man. Its unbelievable how quickly so many of these issues felt irrelevant when slipping the surprisingly light headset on as the bright holoworld of Steam’s UI tutorial slid into view. Expecting a closed cone of view, my peripheral vision was instead completely encompassed.

There was no lag, no hint of motion sickness, just a sense of being plucked directly out of the world and dropped into this Matrix-esque scene. To think how many “meh” VR experiences there are on the market at the moment, having the ability to walk around, crouch and even jump in a virtual scape all while experiencing true one-to-one movement felt like a new benchmark of what VR is capable of.

Even the Vive’s interface is pretty damn intuitive. Without breaking immersion the play area is surrounded by a hologrid that only becomes visible as you step near enough to your pre-determined boundaries. It does a brilliant job serving as a subtle reminder of ‘oh, I’d better not stray any further this way.’ I can tell you from experience there are few things more bewildering and embarrassing than thinking you’re facing a vast space before you yet walking face first into a door while wearing a ridiculously expensive Valve tech prototype.

Despite being a $200 bump up on the upcoming Oculus consumer release price, the $800 price tag includes all you’ll need to set yourself up for an insane range of upcoming experiences. Whereas the $600 purchase for the Oculus will buy you the headset, camera, Oculus remote and Xbox One controller, considering the price of your above average PC gaming controller I’d quite confidently wager that the inclusion of two highly responsive motion controllers alone is worth the price bump.  Hell, the same could arguably be said for the incredibly accurate motion sensors.

At least for the moment it seems, paying that little bit extra will get you a lot more bang for your buck.

Assuming you already have the hardware advanced enough (and hoping the price tag isn’t an issue for you), remember before investing the pretty hefty amount into the Vive that as it’s only just breaking into the mainstream market, you won’t find a massive library of triple-A titles to choose from anytime soon. On the other hand, to those of you in the same group as myself, enviously grumbling behind a monitor (and particularly in my case behind a hideously door battered face), be patient.

Bare in mind that 2016 is the year the first iterations of such advanced VR tech are being released to consumers. As is the nature of things, when game devs delve more into such hardware, cheaper and more consumer friendly versions of such headsets will inevitably pop up and spread.

What are your thoughts on the ever building hype this year for VR? Will you be investing in the Oculus or Vive? 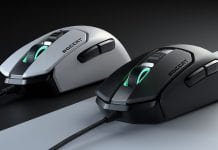 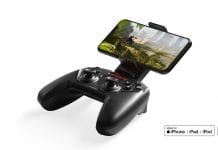 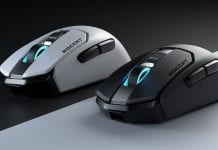