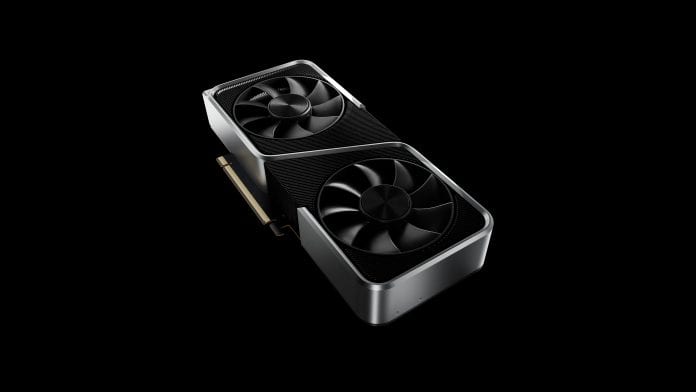 In the world of PC Gaming, GPUs are vital for PCs to operate the latest generation of video games. Today, a month removed from the release of the GeForce NTX 3060 Ti, NVIDIA introduced the world to the next member of that RTX family, the GeForce RTX 3060.

The NVIDIA GeForce RTX 3060 is priced at $329, a cool $70 less than its Ti counterpart, and includes the followings specs:

How does it compare to its Ti relative, though? Here is a comparison via the NVIDIA website: With this new GPU, NVIDIA is promising 10x more ray tracing performance, and the 12GB memory backs it up. NVIDIA is even promising that the new 3060 will be powerful enough to make games like Cyberpunk 2077 and Fortnite easier to play and much more visually appealing.

“There’s unstoppable momentum behind ray tracing, which has quickly redefined the new standard of gaming,” said Matt Wuebbling, vice president of global GeForce marketing at NVIDIA. “The NVIDIA Ampere architecture has been our fastest-selling ever, and the RTX 3060 brings the strengths of the RTX 30 Series to millions more gamers everywhere.”

The GeForce RTX 3060 will also come with NVIDIA DLSS, NVIDIA’s AI technology that improves frame rates. Furthermore, it’ll also include its latency reducing Reflex technology, GPU Tuning, and in-game monitoring overlay. You can read more about them below: