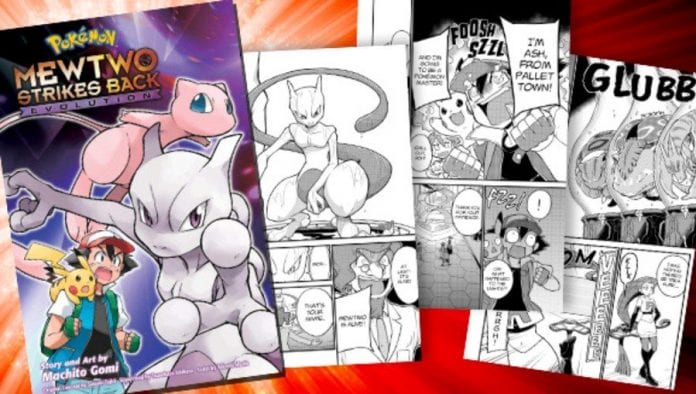 A manga adaptation of Pokémon: Mewtwo Strikes Back—Evolution, previously only available in Japan, is now available for western audiences. Clocking in at 128 pages in length, the manga follows the plot of the film

Intended as a tool of destruction, Mewtwo becomes aware of its human creators’ plans and seeks revenge. When Ash, Pikachu, and their friends find themselves in the center of the conflict, our heroes must battle to overcome Mewtwo’s challenge. Only by working together can they save the world of Pokémon and help Mewtwo discover a new meaning for its existence.