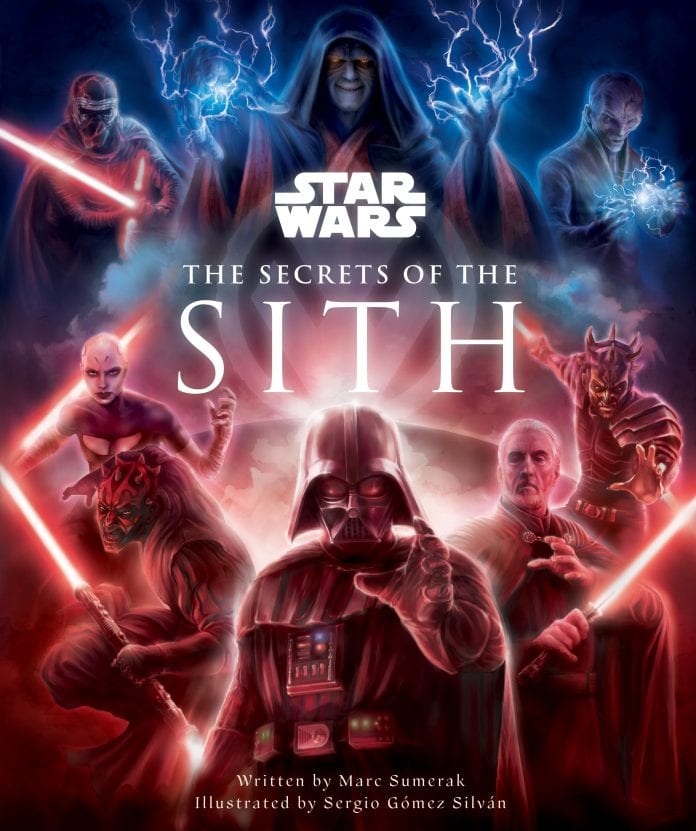 On today’s This Week in Star Wars, host Kristin Baver announced two more exciting books we can expect to arrive this year, Star Wars: Queen’s Hope and Star Wars: The Secrets of the Sith.

Yes, with 2021 well underway and Star Wars publishing experiencing an incredible wave of success with The High Republic publishing initiative, what better time than to announce new titles from authors and characters we all know and love. First up, author E.K. Johnston spoke with Star Wars dot com all about her new book, Star Wars: Queen’s Hope, which once again looks at the life of Padmé Amidala. This third installment in her Padmé series will explore the former Queen’s time balancing life as a Senator during the Clone Wars and her still secret marriage to Jedi Knight Anakin Skywalker.

A peace-loving senator faces a time of war in another thrilling Padmé Amidala adventure from the author of the New York Times best-sellers Queen’s Peril and Queen’s Shadow!

Padmé is adjusting to being a wartime senator during the Clone Wars. Her secret husband, Anakin Skwyalker, is off fighting the war, and excels at being a wartime Jedi. In contrast, when Padmé gets the opportunity to see the casualties on the war-torn front lines, she is horrified. The stakes have never been higher for the galaxy, or for the newly-married couple.

Meanwhile, with Padmé on a secret mission, her handmaiden Sabé steps into the role of Senator Amidala, something no handmaiden has done for an extended period of time. While in the Senate, Sabé is equally horrified by the machinations that happen there. She comes face to face with a gut-wrenching decision as she realizes that she cannot fight a war this way, not even for Padmé.

And Chancellor Palpatine hovers over it all, manipulating the players to his own ends…

To read the full interview with E.K. Johnston, click HERE! Up next, from the team that brought us 2019’s Star Wars: The Secrets of the Jedi, comes a darker look at the Force, told from the point of view of perhaps it’s most infamous orchestrator, Emperor Palpatine aka Darth Sidious.

Yes, courtesy of Insight Editions, writer Marc Sumerak and artist Sergio Gómez Silván have joined forces once again to give us a bit of dark side history in Star Wars: The Secrets of the Sith.

Join Emperor Palpatine, otherwise known as Darth Sidious, in this exploration of the Sith and the evil allies of the dark side. Star Wars: The Secrets of the Sith will thrill young fans with dark-side knowledge, incredible artwork, and interactive features, such as pop-ups, booklets, and lift-the-flap inserts.

Learn about some of the greatest Star Wars dark-side villains: Spanning films, television shows, books, comics, and video games, Star Wars: The Secrets of the Sith chronicles some of the dark side’s most infamous practitioners, including Darth Maul, Count Dooku, Asajj Ventress, Darth Vader, the Grand Inquisitor, and Kylo Ren.

Amazing original illustrations: Star Wars: The Secrets of the Sith is a beautifully illustrated children’s book that readers will want to revisit time and again. Including a frameable 11″ x 17″ poster of the cover art, this book is a great gift for Star Wars fans.

Full of exciting interactive features: Pop-ups, booklets, and lift-the-flap inserts will thrill young fans, making for an engaging experience while delving into stories about the Sith.

The perfect addition to any Star Wars library: This beautifully bound hardcover book is a must-have for any young fan’s collection.

Star Wars: The Secrets of the Sith releases August 3rd, you can pre-order it by clicking HERE!