A beautiful world awaits you

After creating my character and beginning the game, the first thing I noticed was how far the beauty and detail of the environment had come since Pokemon Black and White. It was undeniable that care and dedication had gone into creating the world, characters and Pokemon.

With new 3D effects introduced into the dynamics of the game, I was now looking at Pokemon through a futuristic lense. My Pokemon were more endearing, twists and turns through alleys and streets were animated in a way which further added to immersion and Pokemon battles were more bright and alive than they ever had been before.

I was also pleased to discover that Pokemon X and Y allows players to customise their characters appearance through the means of barber shops and boutiques. Different cities stock different types of clothes, including hats, shoes and even (excuse the inner-woman) bags!

I found myself  saving up money so that I could visit expensive boutiques and spend to my hearts galore. I had a personal vendetta against a boutique worker, who prevented me from entering a specific boutique because I wasn’t “cool” enough. I would fly back to that very boutique after every “cool” thing I did, only to be turned away again and again. Eventually the demon-worker conceded to my coolness.

The Pokemon aren’t quite as glamorous

After so many generations of Pokemon, it isn’t hard to understand why it can be difficult to be impressed by any new Pokemon thrown at us. I’m sorry to say that none of the new generation Pokemon really made an impression with me and to extent, hardly memorable.

The starter Pokemon aren’t as compelling as those in the generations before them. There seems to have been a loss of character and originality. Although the actual Pokemon sprites were crisp and delightfully detailed, the new Pokemon themselves are still out-shone by the golden oldies.

Mega Evolution was a Mega Mistake

Some Pokemon now have the ability to temporarily evolve into a Mega-form during battles. This basically turns your Pokemon into Godzilla-gone-Super Saiyan.

On paper I guess that sounds great, but I think this made the game become too easy. I stepped into a Gym with one of my Mega-evolution Pokemon at the forefront of my team and walked out only needing the Pokemon Centre to restore the PP of my Godzilla-Pokemon’s moves.

It was too tempting to continue zerging through Gym battles in this manner, a decision which I regret because I feel like I sped through the game, like I took a shortcut.

Exp-share is also introduced quite early on in the game, only this time around, as long as you are holding it, ALL of your Pokemon gain experience no matter which one you battle with. This contributed to the problem of Mega Evolution, because you could basically battle through everything with your toughest Pokemon while still giving credit to the rest of your team, making it even more likely that your Mega evolution Pokemon is at the forefront of your team.

The battles are shorter, but the adventure is still long winded

Although the battling and levelling of Pokemon in X&Y is somewhat disappointing, the actual adventure within the game still has that old Pokemon magic. You will be sent on long, treacherous routes, have to talk to babbling locals and listen out for carefully placed hints.

The story-line is engaging and immersive and the world is filled with all kind of nooks and crannies with hidden treasure to reward the explorative player. 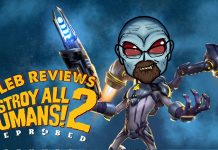 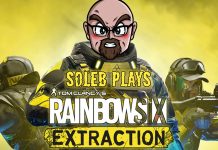 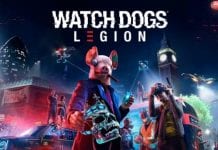