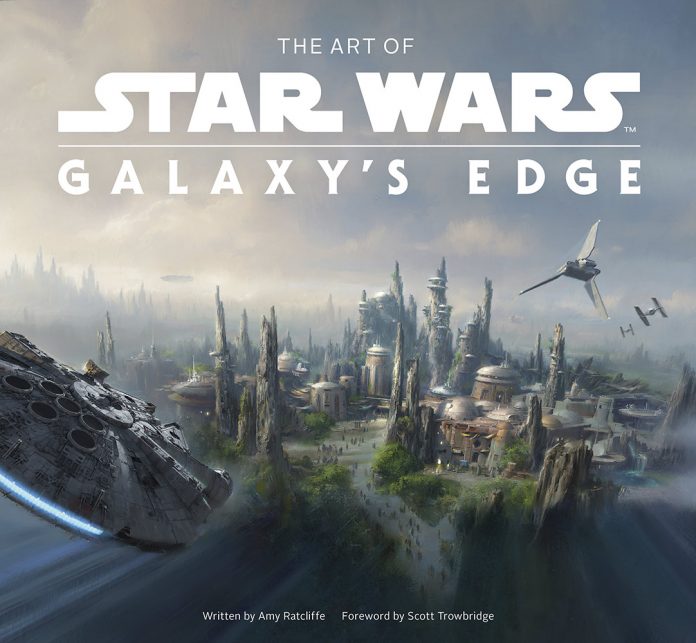 A lively affair, each author discussed present and future releases, including the highly anticipated “The Clone Wars Anthology: Stories of Light and Dark”, and Ireland’s “A Test of Courage”, part of The High Republic initiative. Of particular interest, was Tom Angleberger’s reveal that for the upcoming “From a Certain Point of View: The Empire Strikes Back”, he was again focusing on the Whills. Angleberger of course wrote the short story “Whills”, part of the first “From a Certain point of View”.

It wouldn’t be a Lucasfilm Publishing panel without some announcements and this one was no exception. We’re not only getting a relaunch of Star Wars Adventures from IDW, but we’re getting a brand new book from Insight Editions called “The Lightsaber Collection” which will give us a wide-ranging look at some of the most iconic lightsabers in the galaxy.

To watch the entire panel, scroll down to the bottom, in the meantime, here’s a few more of the highlights!

Get in, we’re going back to Vader’s Castle!

The spooky IDW comic series that previously brought us strange tales from Mustafar is back with Shadows of Vader’s Castle, a 30-page one-shot from IDW written by Cavan Scott, with covers by Francesco Francavilla and Derek Charm. Look for it to hit comic book store shelves in October!

An exclusive in-world version of Star Wars: Myths & Fables with six new stories by George Mann will be available later this year.

The stories will appropriately be set back on Batuu, and across the galaxy on Endor, Dathomir, and Mon Cala. Plus, each one comes with new artwork from illustrator Grant Griffin, Mann said. But even the author himself hasn’t had a chance to snag a copy just yet. “I can’t wait to see it myself,” he said. “It’s going to look like an artifact from Batuu!”

Explore the making of Batuu.

And speaking of some of our favorite Star Wars destinations, your concept art book collection is about to get a new addition with The Art of Galaxy’s Edge by Amy Ratcliffe. Explore the exquisite details that went into creating Star Wars: Galaxy’s Edge inside Disneyland Resort and Disney World Resort when the book is available later this year.