During the Nintendo E3 2021 presentation we saw a glimpse of Fatal Frame: Maiden of Black Water and I got pretty hyped. At the end we only saw a Nintendo version was announced, which is to be expected considering Nintendo owns the copyright on the franchise now.

However, following up the announcement Koei Tecmo announced a new trailer that also revealed that the game is hitting Xbox and PlayStation as well.

For those that don’t know, 2021 marks the 20th anniversary of the franchise and the developers behind the series have been hinting strongly that they want to celebrate in some fashion. Speaking to Famitsu (Via Destructoid) late last year:
“2021 is…the 20th anniversary of the Fatal Frame series, so I’d like to celebrate it in some way if possible.”’

In the same interview Koei noted that they have some sort of “cross media” project in the works, which could potentially mean a Netflix style deal could be happening soon. I’ll just say, a Fatal Frame series made by the same studio that released Ju-On: Origins on Netflix would have me absolutely excited!

As stated, Nintendo does own copyright on Fatal Frame now so seeing it be on multi-platform may mean that Nintendo got something in return somehow. Considering it is also hitting Xbox, it may not be a rights trade deal like Sony/Nintendo have done in the past. 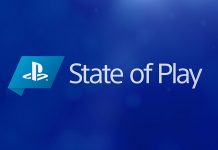