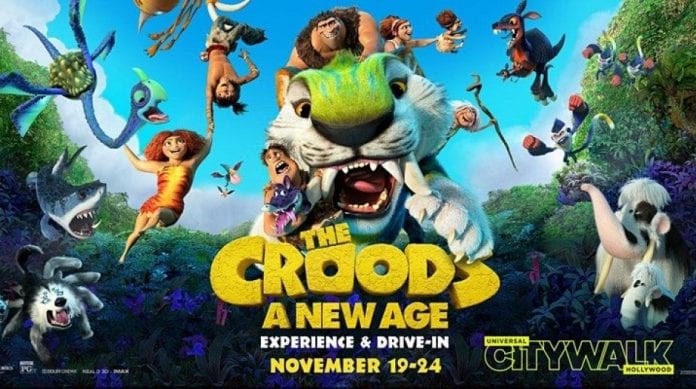 Fans of The Croods: A New Age will be able to enjoy the adventure at home later this month!

The first prehistoric family is ready for another rocking adventure! The Croods have survived fanged beasts, natural disasters, and even young love, but now they must face their biggest challenge yet: another family! In search of a new home, the Croods discover a walled-in paradise created by the sophisticated Betterman family (emphasis on the “better”). As they try to coexist, the differences between the two families escalate into a full-blown feud, but when a new threat forces both families to embark on an epic adventure, they must all learn to work together…or they’ll all go extinct!

BONUS FEATURES ON 4K ULTRA HD, BLU-RAYTM, DVD AND DIGITAL:
· DEAR DIARY: WORLD’S FIRST PRANKS – In this exclusive original short film, Eep reveals how a comical accident led her and Dawn to discover the joys of tricking their families and set about performing “the world’s first pranks”
· FAMILY MOVIE NIGHT: LITTLE RED BRONANA BREAD – In another exclusive original short, join the Croods as they settle down for a very prehistoric family movie night experience. With shadowy figures around every corner, Eep must keep Gran and her delicious Bronana Bread safe from punch monkeys.
· GAG REEL
· TO: GERARD – In this original DreamWorks animated short, an elderly man brightens the day of a little girl through magic.
· DELETED SCENES
· THE CROODS’ FAMILY ALBUM – Meet the actors who portray the Croods and their new cast members, the Bettermans. What makes them tick, how do they resemble their characters and what lessons have they learned from making the film.
· THE EVOLUTION OF… – In this fun making of, we hear from the filmmakers and stars of THE CROODS: A NEW AGE about the evolution of the Croods franchise.
· HOW TO DRAW: CAVEMAN STYLE – Join one of DreamWorks talented illustrators inside the cave as they demonstrate how to draw our favorite characters.
· FAMILEAF ALBUM – Inspired by the prehistoric family album given to guy by the Betterman’s, we create a fun video showing you how to make your own using real leaves or green construction paper for pages and string (or even dental floss!) to hold it all together.
· STONE AGE SNACK ATTACK – A three-part featurette highlighting fun, easy to make recipes that kids and parents can make together.
· FEATURE COMMENTARY WITH DIRECTOR JOEL CRAWFORD, PRODUCER MARK SWIFT, HEAD OF STORY JANUEL MERCADO AND EDITOR JIM RYAN

Get ready to enjoy The Croods: A New Age later this month! 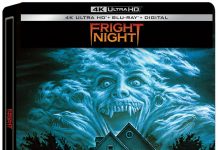