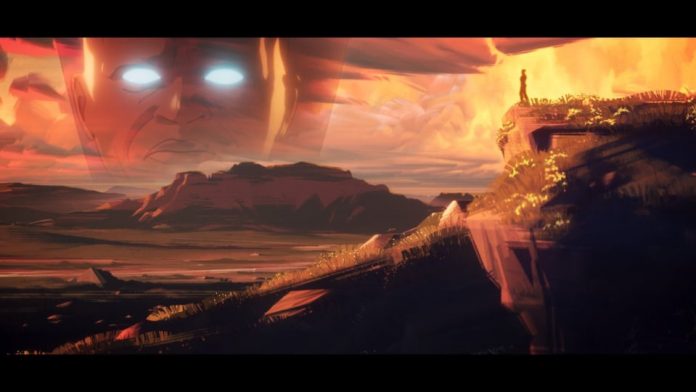 Another episode of What If?… has hit Disney+ and while this wasn’t a premise I was particularly excited for, it showed the strength of the show’s writers.

The latest episode of What If…? focuses on the simple premise, What If… Killmonger Rescued Tony Stark? My biggest critique of this episode would be The Watcher’s introduction to this reality, it’s framed as one where Tony never becomes Iron Man, which it is, but I don’t think the effects of that specific action are actually felt at all.

The episode takes place over a timeframe where Iron Man’s existence is almost irrelevant. So unlike Episode 2, where the universe was very evidently drastically altered, this episode is in a bubble where that isn’t as obvious. That’s not to say it wasn’t good so let’s get into it.

As we know from Black Panther; Erik Stevens, Killmonger, spent his years in the military becoming a notoriously effective killer to which he owes his iconic nickname. So, in this reality, he happened to be ready and waiting to save Tony from the kidnapping attempt by the Ten Rings. Unlike Iron Man, the episode spends no time prolonging the mystery but instead gives an instant end to Obadiah’s attempts to usurp Tony, when Killmonger reveals all the details of Obadiah’s plot against Stark.

The early scene puts a quick end to any Iron Man plot similarities and establishes the earliest examples of Killmonger’s manipulations that are the key element to this whole story. With no kidnapping, Tony never learns the humility, heroism or even ingenuity he needed to become Iron Man. Instead, he focuses further on his military efforts. Killmonger encourages him and uses the inventor to build military drones for his own purposes.

Funnily enough, Killmonger mentions the Gundam-esque design is due to him being an anime fan, potentially a retroactive explanation for his suit bearing a striking resemblance to Vegeta from Dragon Ball (which was something actor Michael B. Jordan wanted).

This episode is a really interesting exploration of Michael B. Jordan’s character; who was obviously one of the highlights of Black Panther. He does a fantastic job in his return to the role. The character has the same motivations as before with many different and more effective means this time.

The biggest strength of What If?… is its confidence in its audience. The writers are fully aware we watch the films and are using that to their advantage. Killmonger has a few select lines that directly mention his motivations and efforts to liberate the oppressed, which are all the more effective when we have Black Panther in context.

These motivations and his true intentions become clear in a sale of Vibranium between Don Cheadle’s Rhodey and Andy Serkis’s Klaue. The return of Klaue was a fun one, he was always a very fun character in his previous two appearances and I was somewhat disappointed by his death in Black Panther. Alas, it seems that is a fate he is permanently destined for.

A brief return of T’Challa played by Chadwick Boseman was another wonderful, however brief performance, from the late actor. The character’s death and funeral were even more emotional in context, and something we will likely be feeling all over again in Black Panther 2. Chadwick truly embodied the character; his loss still feels so surreal.

Killmonger’s betrayal would seem to be covered up and perfectly organized to frame the now dead Rhodey. However, Tony knows and confronts him in a tense scene that pits Killmonger’s own robot soldier against him. He triumphs and kills Tony, with a brief but powerful conversation between the two before Tony’s death. A line that I thought was particularly interesting was Killmongers final remark to Tony; “The difference between you and me. Is that you can’t see the difference between you and me”, it’s a powerful line alluding to Tony’s naivety as a powerful, wealthy white man, something that never felt particularly explored or referenced in the films. What If…?  once again gives the opportunity to explore more aspects of iconic characters. A trip to Wakanda gives us the return of King T’Chaka, Queen Ramonda, Shuri and Okoye. Shuri is noticeably smaller, which at first might throw you off, but this episode would take place 5-6 years before we met the character in the MCU in Black Panther. With some coordinated manipulation of the US Military and Wakandan forces, he orchestrates a war that will frame a hero of Wakanda. The episode heads toward its conclusion with Killmonger and T’Challa having a compelling confrontation in the ancestral plain, mirroring T’Challa’s confrontation with his father in the film, where T’Challa once again shows his incredible strength of the character that was at the core of Episode 2.

Killmonger becomes the new Black Panther in what looks like T’Chaka’s suit and Shuri finds an ally against Killmonger in Pepper Pott’s.

The team-up of the super genius teenager and Pepper was teased in trailers and mentioned in our mid-season trailer breakdown, but those actual scenes are notably missing along with one of Killmonger in his Black Panther suit. It would seem that multiple episodes will be getting continuations in what I can only assume will be an extra-long finale.

This episode took a premise I was curious, but not quite excited about and made it a compelling story about one of the MCU’s best villains to date. While it may not quite be as crazy, fun or tragically dark as some previous episodes, it showed an interesting and engaging use of characters.