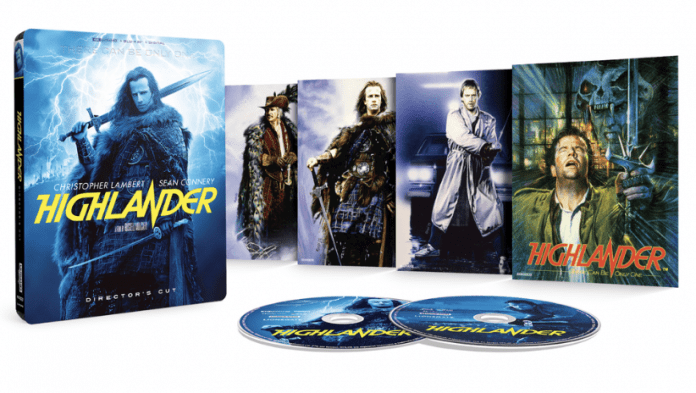 Just in time for the holidays, the original Highlander is coming to 4K for the first time complete with a host of special features to enjoy.

It’s cheesy by today’s standards, has some elements that haven’t aged incredibly well, but I unabashedly love Highlander. As such, I’ve been eagerly awaiting its jump to 4K, and Lionsgate is giving fans this treat just in time for Christmas: December 13, 2022 to be exact.

The original HIGHLANDER, in electrifying 4K! When Connor MacLeod (Christopher Lambert) is slain in battle in the Scottish Highlands, his kinsfolk don’t mourn the tragedy of his death – they mourn the seeming witchcraft that’s brought him back to life. But MacLeod can’t die, and neither can Juan Ramírez (Sean Connery), who befriends Connor and shows him what it means to be immortal. Time dissolves, the centuries pass, and Connor and his fellow immortals are drawn to New York City, where one will be awarded the Prize while the rest lose their literal heads. This is the timeless tale that launched a film and TV franchise, beloved by millions of fans worldwide. There can only be one!

– A Kind of Magic: Music of The Immortals – A featurette on the soundtrack

– There can only be one Kurgan – Clancy Brown remembers Highlander

– The Making of Highlander

Will you be picking up Highlander in 4K for yourself or a gift this December?