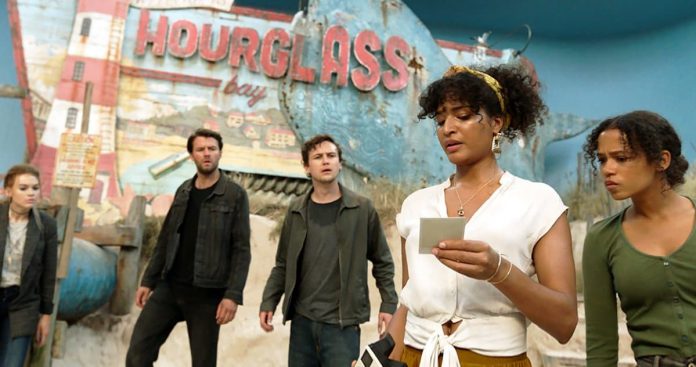 After making their way out of the first Escape Room, Zoey (Taylor Russell) and Ben (Logan Miller) are thrust back into another deadly game by the mysterious shadow organization, The Minos Corporation. Welcome back players to the Escape Room: Tournament of Champions!

When we last left the survivors of the first Escape Room, Zoey was trying to convince Ben into looking for the people behind the deadly game. Well, we find that Zoey’s fear of flying has kept her from ever making the trip to track down Minos. After 3 failed attempts she just decides to road trip it with Ben, why it took her this long to think of that I dunno but hey let’s move the movie forward.

The pair arrive in New York City and head to the location Zoey believes she’d find some clues to tracking down Minos. A homeless man grabs Zoey’s necklace and they chase him down to the subway but end up stuck on the train, looking at the thief as the train pulls out of the station. Unfortunately for Zoey and Ben, Minos is a company that knows the people they put into these games and that subway car is the first room they will need to escape from.

Now, this happens at around 12 minutes in, so they aren’t really wasting any time to get the death traps cranking. The new group of people playing the game with them are Rachel (Holland Roden), Brianna (Indya Moore), Nathan (Thomas Cocquere), and Theo (Carlito Olivero). It’s not long before we learn that all the people that were trapped with them are the survivors of previous Escape Rooms, hence the Tournament of Champions. One person reveals their escape room group was all priests, another was all influencers, and the last consisted of people who cannot feel physical pain. You only mentioned 3 past rooms but there were four people … I’ll leave you to figure out why there are only 3 mentioned.

Escape Room: ToC is kinda comparable to the SAW series of movies. I will say that in SAW the action scenes are kind of like a ride thru a haunted forest, whereas Escape Room: ToC is a haunted roller coaster ride. When it comes to the story SAW gave you a motivation behind what Jigsaw did, but the Minos Corp just seems to be a bunch of A-holes and we really don’t understand why they do what they do.

That is until now, the disc set has the theatrical and extended cut scene versions. the extended cut version gives you an alternate ending and beginning which shows just a little more insight into Minos and the Gamesmaster. Naturally, every movie in this horror/thriller/action genre will have some kind of twist at the end and you can expect to see that in both versions of the movie. 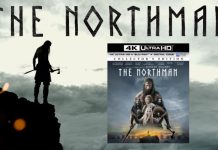