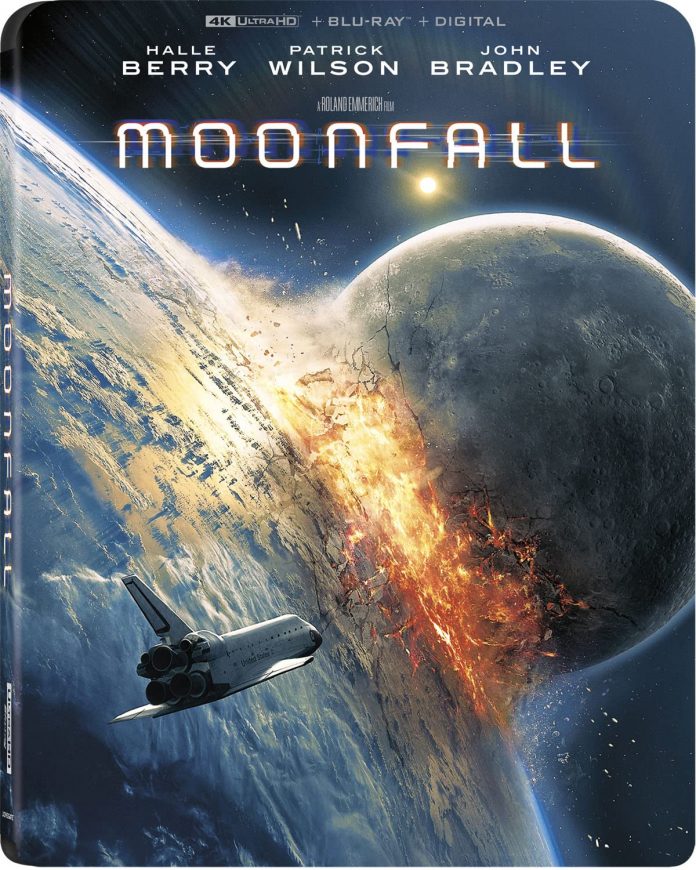 I love Roland Emmerich movies. I fully understand that many of them are not “good” but I always have fun with his brand of over-the-top action set pieces. Sadly, I wasn’t able to catch Moonfall in theaters, despite enjoying the silliness on display in the trailers. Having watched it now on its 4K Ultra HD release, I can’t say I’m all that bummed to have missed out on it in theaters. Don’t get me wrong here, there’s actually quite a bit I enjoyed in this film, but it definitely works better as a leisurely popcorn flick from the comfort of home.

Moonfall puts the focus on disgraced astronaut Brian Harper (Patrick Wilson), who saw something inexplicable during a mission in which one of his partners was killed in outer space. When the Moon suddenly finds itself out of normal orbit, he finds himself (along with a “crazy” conspiracy-theorist) pulled back by his former friend/partner Jocinda Fowler (Halley Berry). Together, they must find a way to fix the Moon and save the planet before it’s too late.

As you’ve gathered from the trailers, the Moon falling isn’t the main issue. As it turns out, the Moon isn’t what it seems and is instead a mega-structure built by unknown aliens and containing a different kind of threat. It sets itself up as something bigger than the disaster movie it’s initially made out to be. I don’t want to go too much into the story to avoid spoilers for those who haven’t seen it yet, but suffice it to say the result is a whole bunch of insane action sequences.

The story hits about all the basic points you’ve come to expect from Emmerich’s brand of disaster movie. You have a “scientist” no one listens to until it becomes too late; an estranged husband/father subplot that also manages to include a decent stepfather; a desperate mission filled with spectacle in which it’s clear not everyone will survive. If you’ve watched any of his films (2012, Day After Tomorrow, Independence Day) then you’ll find many of these plot points pretty familiar.

This may be the film’s biggest issue. It borrows some solid elements from his previous films, but doesn’t put them together in a way that feels cohesive. Instead, too much of these elements feel like unnecessary subplots. You could take out two or three of them (including a strange thing with the kid going to jail) and end up with the exact same movie.

They become more frustrating when a massive exposition dump happens in the final third of the movie, and you realize all the earlier screen time could have been put to much better use. Especially because this late addition to the story is super interesting. Like, I want to watch a movie about THAT idea and what comes next. It’s a bit of world-building that is too focused on setting up a potential sequel rather than adding to the current story.

Regardless, Roland Emmerich still knows how to bring the goods in terms of gigantic set pieces. There’s plenty of holy shit moments to gawk at, and he still knows how to wring great tension out of everything. There’s a fun factor to Moonfall that’s hard to ignore, even as the campy story and questionable acting (even from a great cast) hold it back.

For the most part, many of the criticisms you’ve heard about Moonfall since the film launched are pretty much on point. The thing is, I still very much enjoyed watching it…at home. I have a strong feeling that if I’d spent money to see it in theaters, however, I would have felt grumpy about it. If you enjoy disaster/Sci-Fi movies and Roland Emmerich’s overall style, I think you’ll have fun with this one, but it’s certainly not his best stuff.

Visually, there’s plenty to enjoy in Moonfall. Despite technically being an “indie film” and coming in at a smaller budget than other blockbusters, Emmerich knows how to make good use of the tech at his disposal. There’s tons of great VFX work, and some fun designs that come into play with the alien technology.

In 4K Ultra HD, all of this is in grand display and looks absolutely gorgeous. The image is crisp, with all the explosions and destruction popping on each frame. There was not crushing that I could see and the deep blacks ensure that nothing gets lost even within the space sequences.

The sound design on the disc is also impressive, allowing for a number of background noises to immerse you in the destruction going around you. Even with all the action, none of the dialog is overpowered and given proper priority. In terms of the technical aspects, there’s really no complaints to be had with the 4K release.

Moonfall 4K Ultra HD includes a Blu-ray disc, a digital copy insert, and these special features on the disc:

Against Impossible Odds: Making Moonfall Filmmakers and actors offer an insider’s view of the genesis of the film, a look at the epic action scenes, and a deep dive into the most groundbreaking moments of the film.

Exploring the Moon: Past, Present, and Future What have we learned about the Moon through the ages and where is human exploration of our nearest celestial neighbor going next? Scientists, historians and astronauts reveal all!

Sounds of the Moon Discover how the filmmakers utilized a palette of unique sound effects to bring the world inside of the Moon to life.

Say what you will about the story, but Emmerich has always known how to use VFX to create jaw-dropping moments and pushing the boundaries. As such, it’s always fun to take a look at how he manages to do it. Sadly, we just don’t get much of that out of these bonus features.

Sure there’s some fun insight to be had, but nothing goes particularly deep. It’s all pretty surface level, which isn’t generally bad, but doesn’t offer a whole lot of extra value. 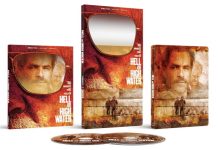