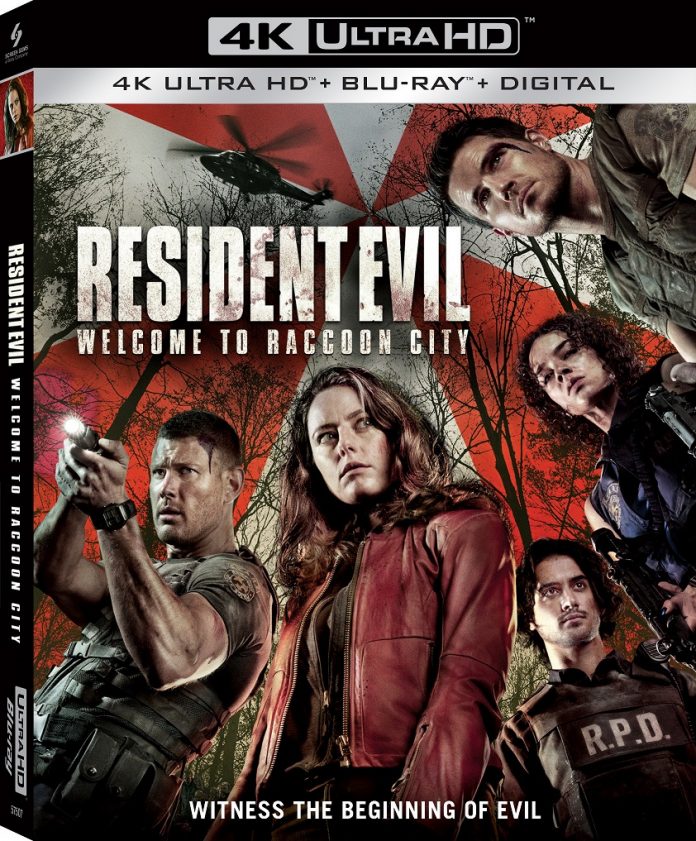 If you, like me and many others, missed out on the new Resident Evil movie when it launched in theaters this past Fall, your chance to catch up on it arrives this week with the arrival of the 4K Ultra HD/Blu-ray. Whether you want to pick it up or not…well, let’s just see.

Despite being a big ‘ol weenie, I’ve always had a fondness for the Resident Evil franchise. While I haven’t played all the games, it’s overall lore and story are things I enjoy keeping up with it all. I even have a soft spot for the previous films, though they went WAY off the rails. As such, I was eager to see how this reboot would tackle things.

Welcome to Raccoon City certainly makes some interesting choices. Not all of them are bad, and some work really well in the context of an adaptation…but all together, it’s a bit rough.

For those who played the original Resident Evil games, many of the story beats will be familiar. The movie essentially takes the first two games in the franchise and smushed them together. Having run away years ago, Claire Redfield (Kaya Scodelario) returns to Raccoon City to contact her brother, Chris (Robbie Amell), in the hopes of alerting him to some of the terrible things going on in the city under Umbrella Corp.

Unfortunately, she seems to be just a tad late as the shit is already hitting the fan. Umbrella is uprooting and only the citizens too poor to get out are left behind, and showing signs of some serious problems. Problems of the zombie infection nature.

After brushing off his sister’s concerns, Chris heads out with his team of fellow police officers to investigate some strange happenings at the old Mansion in town. While Chris is busy dealing with the undead they discover there, Claire finds herself partnered up with rookie officer Leon S. Kennedy (Avan Jogia), as they try to survive the infected townspeople and escape the city before it all gets blown up.

Honestly, this mashing together of the stories is one of the things I enjoyed most about the film. It manages to give plenty of fan service throughout without feeling forced in (too much), while also cutting through some of the story clutter that works for multi-hour gameplay, but not a scripted movie.

The problem, however, is they picked some odd things to keep. Without getting into spoilers for those who have been waiting to watch it, but too many of the two games’ storylines were kept in place. The result is a movie with a bunch of plotlines that pop up at random without any real emotional connection to the story. Worse, many of those subplots are dropped unceremoniously and as quickly as they showed up.

It made for a really cluttered back-half of the movie, which completely slowed the pacing to a crawl. The first half of the film was a blast, with some solid scares and zombie action. The back half, however, concerned with wrapping up too many plots (including flashbacks that STILL didn’t give a complete picture) just dragged on and on. I almost lost complete interest and when the finale action came about, there was no emotional connection to make me feel one way or another.

It had all the right elements, the pieces were in place, and I liked the overall characterizations this new cast brought to the table. Sadly, Welcome to Raccoon City just can’t quite pull it all together in a satisfying way.

On the technical side of things, there’s nothing here to fault Resident Evil. The 4K transfer is handled competently, and the image is very sharp. Being a horror movie that takes place at night, it was nice to see how deep the blacks were on the image, without crushing. No matter how dark things were, the image remained crisp.

The same can be said for the surround sound mix. It manages to immerse you in the action, while filling the space with the subtle sounds of zombie shambling that brings the tension level up a notch. Thankfully the dialog is given proper priority and there were no issues of the sound effects/music overpowering the talking.

Resident Evil: Welcome to Raccoon City on 4K UHD comes with a digital copy insert, a blu-ray disc, and these special features:

Replicating the DNA
Cops, Corpses and Chaos
Zombies, Lickers and the Horrors of Resident Evil

Yeah…there’s not a lot here. All told the bonus features for the film only come in around the 20 minute mark. That’s not a lot, and none of the featurettes dive as deeply as I wanted. They’re passable for general info, and it’s neat to see how the game connections were made/changed for the movie, but it’s all fairly shallow. There’s no deep insight for long-time fans to ponder, and not even much on the filmmaking side of things to get movie-lovers invested. It’s just kind of there. 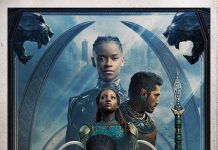 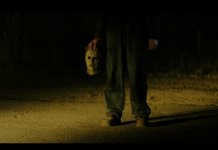 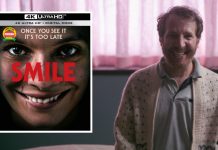