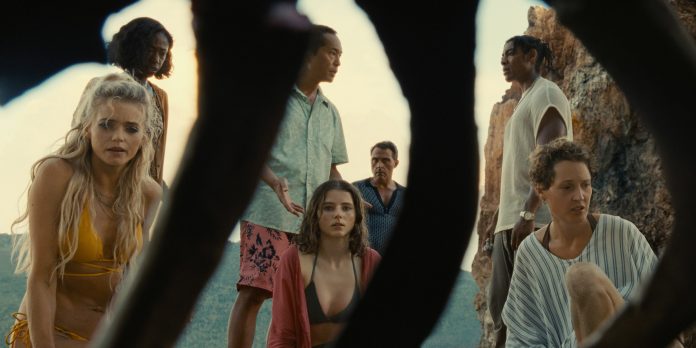 Universal Pictures is bringing M. Night’s latest film, Old, into your home just in time to add it to you Halloween viewing!

If you missed out on seeing Old in theaters, or simply want to watch it again, you’ll get the chance in a few weeks. Today, Universal announced the home entertainment release details for the film, including all the special features coming with it! Old will launch digitally on October 5th with the physical 4K Ultra HD/Blu-ray on October 19, 2021.

This chilling, mysterious new thriller follows a family on a tropical holiday who discover that the secluded beach where they are relaxing for a few hours is somehow causing them to age rapidly … reducing their entire lives into a single day.

SHYAMALAN FAMILY BUSINESS – We look at what Night’s two daughters, Ishana and Saleka, contributed to the film and how collaborating with family made filming outside Philadelphia still feel like home.

ALL THE BEACH IS A STAGE – Shooting a film in a wide-open space is challenging because angles have to be created, much like theatre. Night explains the significance of his camera movements and the cast discuss the unique experience of filming without coverage.

NIGHTMARES IN PARADISE – When making a film like OLD, finding the right shooting location is everything. Hear the story of why Night took the production to the Dominican Republic and how Mother Nature both challenged and helped the production.

A FAMILY IN THE MOMENT – Gael Garcia Bernal, Vicky Krieps, Thomasin McKenzie and Alex Wolff recount one very special, emotional night of filming that brought them closer than they ever imagined.

Will you be picking up Old on 4K next month?