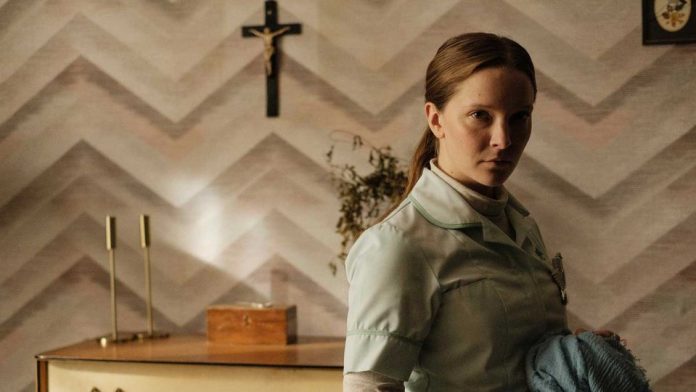 One of the biggest horror films of 2020, Saint Maud, is finally coming to blu-ray in the US next month!

When Saint Maud, the debut feature from Rose Glass, released in October of last year, it did so to general acclaim and was considered one of the best horror films of the year. And while the film has long since been available on blu-ray in the United Kingdom, it has not been available for physical release in the United States.

Well that is about to change, as it’s finally been revealed that a Region 1 blu-ray release is on the way for Saint Maud. The movie can currently be pre-ordered from a number of outlets including Amazon, Best Buy, and Target. The blu-ray for Saint Maud will be available starting November 30, 2021.

The story of Saint Maud follows hospice nurse Maud (portrayed by Morfydd Clark), a recent convert to Roman Catholicism, who becomes obsessed with a former dancer in her care (Jennifer Ehle), believing she must save her soul. Will you be picking up Saint Maud when it hits blu-ray on November 30?