The sixth and final season of Supergirl is coming to Blu-Ray and DVD next spring, as well as Supergirl: The Complete Series.

After six seasons and over 100 episodes, Supergirl has finally come to an end and you’ll be able to watch the final season on Blu-Ray on DVD starting March 8, 2022. In the sixth and final season, Supergirl is thrust into the greatest challenge of her life — forced to confront her own mortality, and the prospect of losing all hope. As her friends rally to help her in this difficult fight, a new Super-Villain arrives in National City and tests her resolve.

Supergirl: The Complete Series will also be available, containing all 126 episodes from the series, as well as countless hours of bonus features from all six seasons. 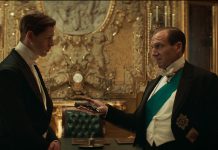