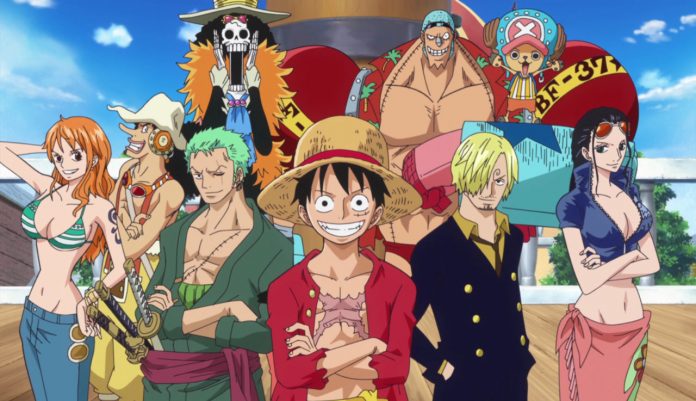 Anime fans have a lot to get excited for as Crunchyroll is releasing the newest One Piece movie, One Piece: Red to theaters worldwide this fall!

Crunchyroll has announced that they are partnering with Toei Animation to release One Piece: Red into theaters worldwide this fall. No specific release date has been given as of yet, but a fall release date means that we only have to wait a few months before this movie hits theaters.

I haven’t been able to find a dubbed trailer for the movie, but even without subtitles you can tell this movie promises plenty of action, check it out for yourself below:

The official summary for One Piece: Red promises a tantalizing story about a mysterious singer named Uta:

Uta —the most beloved singer in the world. Renowned for concealing her own identity when performing, her voice has come to be described as “otherworldly.” Now, for the first time ever, Uta will reveal herself to the world at a live concert. As the venue fills with all kinds of Uta fans —excited pirates, the Navy watching closely, and the Straw Hats led by Luffy who simply came to enjoy her sonorous performance —the voice that the whole world has been waiting for is about to resound. The story begins with the shocking fact that she is Shanks’ daughter.

Are you excited to see One Piece: Red in theaters this fall?