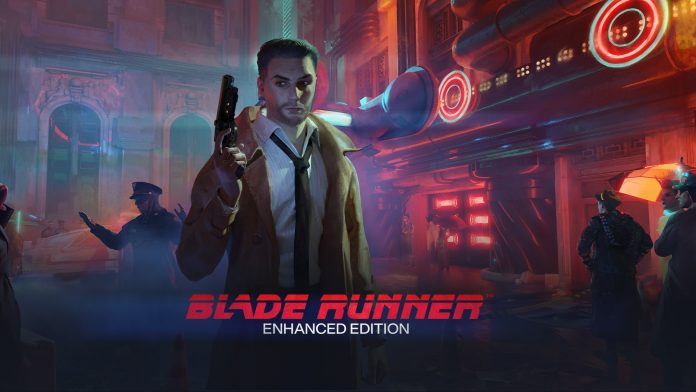 Blade Runner is one of the most iconic films of all time, this story has continued to grow over the last 40 years with animated films, series, follow-up films, and even an amazing game. Nightdive Studios has announced that the hit classic Blade Runner Enhanced Edition is finally being re-released and is available today!

If you don’t know, Nightdive Studios are behind re-releasing titles such as System Shock 2, System Shock Enhanced Edition, Turok, Turok 2: Seeds of Evil, Shadowman Remastered, and Powerslave Exhumed. Though System Shock is still set to release later this year, classic games like this are timeless works of art. Going back and playing them as “enhanced editions” really captures the true work of art they originally were.

Just like these titles listed above, Blade Runner was a pretty large success when it was originally released in 1997. This enhanced version of the game comes with pretty great enhancements,  4K resolution. 60 FPS, modern HD display, keyboard and gamepad support, and more!

Blade Runner Enhanced Edition is now available for the extremally low cost of $9.99 for PC via Steam and GOG, PlayStation, Xbox, and Nintendo Switch consoles!

We forgot to mention initially that the game is also release physically through the one and only Limited Run Games! This game will not only have a physical release, but will be coming with an amazing Collectors Edition of the game for $174.99! Details are listed below: