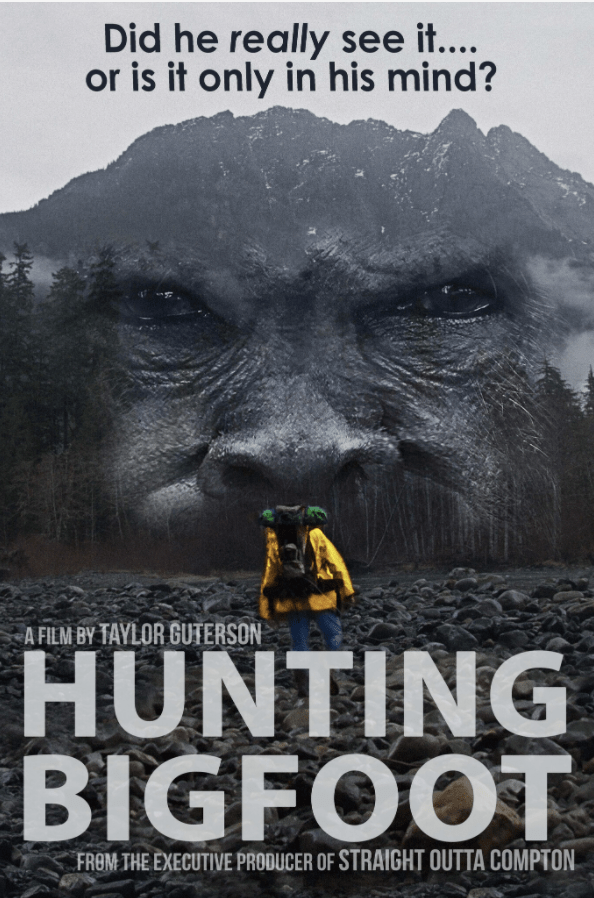 The documentary Hunting Bigfoot isn’t a typical cryptid documentary, but rather an exploration into one man’s obsession…and the price.

On top of movies and games, one of the things I love diving into, are things about cryptids. Specifically, I’ve always enjoyed stuff about Bigfoot. It’s silly, I know, but something I’ve always been fascinated by. So when I was offered the chance to check out a recent documentary called Hunting Bigfoot, I obviously jumped at it.

It certainly wasn’t what I was expecting, however. It’s not straightforward documentary about people trying to find the elusive (possibly mythological) creature and presenting various evidence to support it. Instead it puts the focus on the man who’s dedicated the latter part of his life to finding, and definitively proving, the creature’s existence.

At first, John Green, doesn’t seem like you’re typical Bigfoot hunter. For one, Green was the founder of a multi-million dollar t-shirt company. At the time we meet him, however, he’s homeless, essentially living in the woods for long periods of time and only coming into civilization to restock on supplies.

As we come to learn from the documentary, Green’s wife passed from cancer in 2004, prompting a series of financial troubles the ultimately resulted in him filing for bankruptcy. Early 2009 is when his hunt for Sasquatch (or “the Primate” as he only refers to it) began. He claims to have had his first encounter with the creature, in an experience that defined his life forever after.

The problem, however, is that his quest for another sighting ended up costing him pretty much everything else in his life. At the point where the documentary picks up his story (starting around 2018), he’s been completely estranged from his (adult) children for several years. Green’s hunt for Bigfoot became far more than a hobby, and turned into a full blown obsession.

By and large, this is the focus of the documentary on the whole. Not whether or not Bigfoot truly exists (though it does present some newer, promising evidence), but whether or not Green’s obsession is based on reality or something more.

It’s an interesting approach to this type of story, and not an angle we normally see. Taylor Guterson, the documentarian, seems to have fun with the idea as well even as Green gets noticeably grumpy with him throughout the course of the movie. I enjoyed how the movie lays out the information, almost cut together in a narrative theatrical way, that manages to pull you along, even when you’re not quite sure you want to.

I can’t say I “loved” Hunting Bigfoot. Again, I think I was wanting/expecting something else out of it. It’s competently put together movie that really makes you think. There’s plenty of insight to be had into the minds of people who take their beliefs into dangerous territory. It’s hard to watch at times, as you can see how much Green truly believes in what he’s seen (hilariously to the point of thinking his fellow Bigfoot hunters are making up their own sightings). But even as you can feel his passion/desire, you see it having torn his personal life apart, actively hurting his loved ones in the process.

It’s also just kinda…there. Hunting Bigfoot doesn’t offer much definitive information by the end of things (even the promising Bigfoot evidence Green presents is left ambiguous). There’s hints at a reconciliation with his kids, an acknowledgement Green’s possibly wasted his time, but things end with Green once again walking off into the woods.

The information is interesting, and sometimes heartbreaking, but isn’t exactly riveting. Even so, the movie is presented in a way that’s really hard to stop watching. Like a train wreck, I felt compelled to keep watching and see what further levels this man went in his quest.