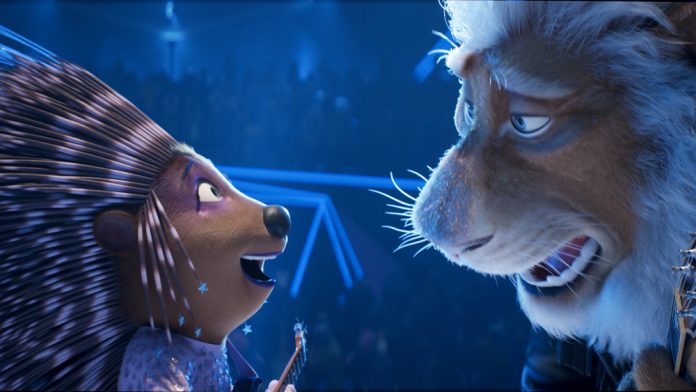 Next month, Illumination will debut the sequel to their beloved musical film franchise, Sing. Much in the way that the first one dazzled audiences with its performances, trademark Illumination art-style, and story, Sing 2 looks to capitalize on what made it such a hit with a heartfelt new story.

Today, Illumination gave us a brief preview of what audiences can look forward to when Sing 2 arrives in theaters this Christmas.

This holiday season, the new chapter in Illumination’s smash animated franchise arrives with big dreams and spectacular hit songs as the ever-optimistic Buster Moon and his all-star cast of performers prepare to launch their most dazzling stage extravaganza yet …all in the glittering entertainment capital of the world. There’s just one hitch: They first have to persuade the world’s most reclusive rock star—played by global music icon Bono, in his animated film debut—to join them.

If December is too long to wait, audiences will be able to watch Sing 2 a month earlier, as theaters will be hosting sneak previews on November 27, 2021 at over 1,000 theaters. You can sign up to be part of it, here. All sneak preview screenings of Sing 2 will take place at approximately 5 p.m. local time, Saturday, November 27, 2021.