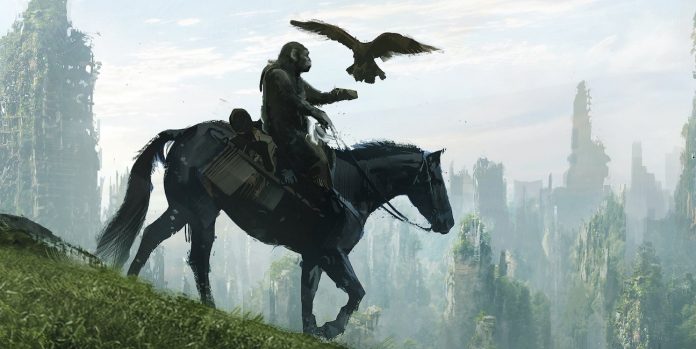 Kingdom of the Planet of the Apes is officially the next chapter in the Sci-Fi franchise! 20th Century studios announced the title, some cast members, and more this afternoon.

Today brings some exciting news/updates on the next Planet of the Apes film. We’ve known it’s been in the works for a little while, but today brings some concrete details on what fans can expect as filming is set to start next month.

Fans have been wondering since it was initially revealed as being in the works, whether or not this would serve as a continuation or a reboot. Personally, I’m thrilled to see this version of the Apes moving forward rather than trying to kick off another reboot.

On top of that, and the impressive artwork included, 20th Century also confirms prior reports of Owen Teaguq being set to star, while announcing the addition of Freya Allen (the Witcher) and Peter Macon to the cast.

Steve Asbell, President 20th Century Studios said, “’Planet of the Apes’ is one of the most iconic and storied science fiction franchises in film history, as well as being an indelible part of our studio’s legacy. With ‘Kingdom of the Planet of the Apes’ we are privileged to continue the series’ tradition of imaginative, thought-provoking cinema, and can’t wait to share Wes’ extraordinary vision for this new chapter with audiences in 2024.”

Kingdom of the Planet of the Apes is set to launch at some point in 2024.