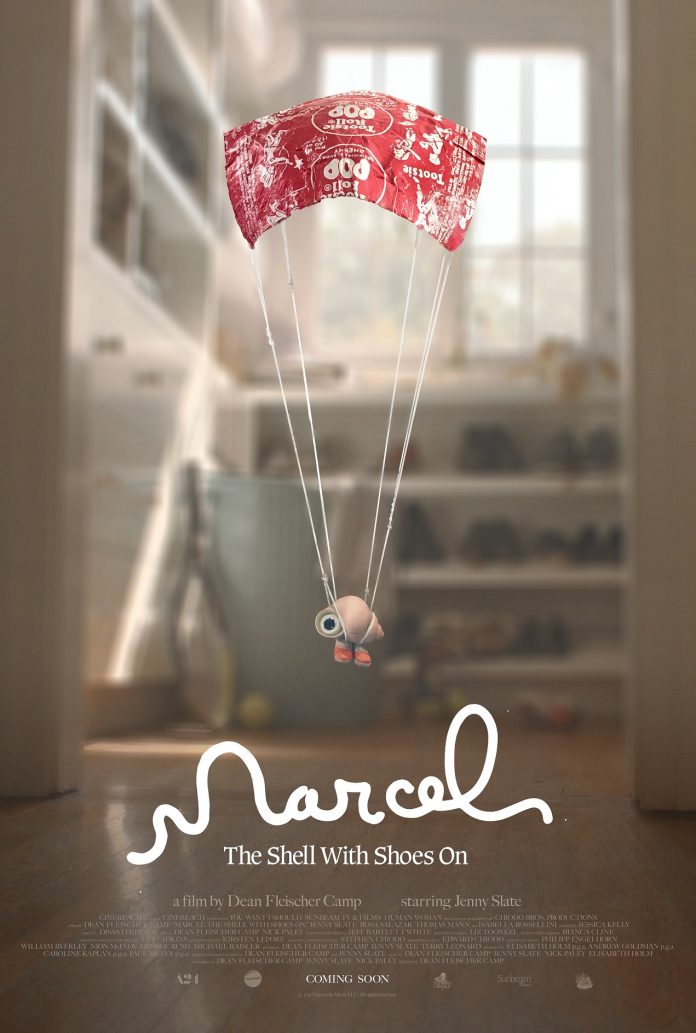 This morning brings the first trailer for A24’s first family-friendly film, Marcel the Shell With Shoes On, a mockumentary that looks just delightful.

A24 is known pretty much for their horror films that bring the chills along with psychological thrills. Today, however, brings a trailer for their first family focused movie and it looks all kinds of adorable:

The film debuted initially at SXSW just last month and I’ve heard nothing but great things about it. Based off this trailer, I’m hooked on the idea, the character, and the charm they’re bringing to this mockumentary, while maintaining the quality A24 is known for. Sign me up.

Marcel is an adorable one-inch-tall shell who ekes out a colorful existence with his grandmother Connie and their pet lint, Alan. Once part of a sprawling community of shells, they now live alone as the sole survivors of a mysterious tragedy. But when a documentary filmmaker discovers them amongst the clutter of his Airbnb, the short film he posts online brings Marcel millions of passionate fans, as well as unprecedented dangers and a new hope at finding his long-lost family. A beloved character gets his big-screen debut in this hilarious and heartwarming story about finding connection in the smallest corners.