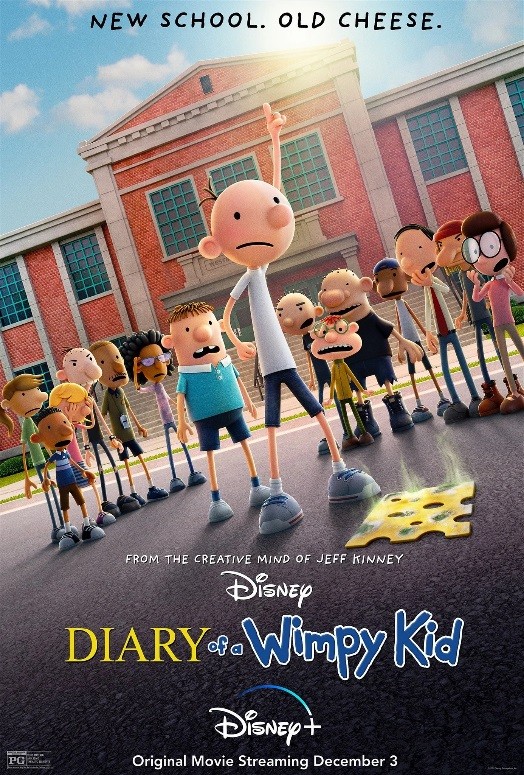 The latest adaptation, this time in animated form, of the Diary of a Wimpy Kid book series hits Disney+ this week, but it’s an hour of your time better spent elsewhere.

I suppose I should preface this by saying, I’ve never been all that big on Diary of a Wimpy Kid. It wasn’t a book series my own kids were really into, so I never got into it either. Don’t get me wrong, I’ve generally enjoyed the live-action movies that have released. They were plenty of fun and my family always laughed through them. They just weren’t things I went out of my way to seek out.

That said, I was curious to see this new version, if only to see how it did things differently. The style of animation is pulled straight from the books and looked like a more direct adaptation of the source novels. Could certainly change things up, and allow them to continue the story without needing to worry about the actors aging out of the roles.

While this new Diary of a Wimpy Kid generally captures the humor/tone of the original books, the overall execution is certainly lacking. In truth, it’s kinda hard to even describe this as a movie, since Diary of a Wimpy Kid comes in at just around 56 minutes (credits included). It’s more like a TV special than a movie, which makes for some interesting story choices.

By and large, Diary of a Wimpy Kid follows along through the events of the first book. Greg Heffley and his best friend, Rowley Jefferson, are entering their first year of Middle-School. As they leave the “childhood” of elementary behind, they have to come to terms with new rules regarding popularity and dealing with growing up in general.

Greg, the primary narrator and titular “wimpy kid,” is hellbent on being popular and finding his own way to fame and fortune. Rowley, on the other hand, is completely oblivious and content to go about normal kid-life activities. As Greg tries to coach Rowley on ways to be popular (or at least not stand out as dweebs), frustrations begin to grow between the previously inseparable friends.

Like I said, it largely sticks to events from the books, sometimes pulling directly from it, but then it veers from it in some odd ways. The initial novel covers pretty much the entire first year of middle-school, but the movie doesn’t cover everything. It definitely hits several months of time, but doesn’t clearly explain how much time is passing. Instead, you rely on offhanded mentions of weeks/months passing, and a random Halloween appearance.

This isn’t necessarily a bad thing on its own, but the approach makes things feel a bit scattershot in terms of the story. Honestly, I’m not sure exactly what the story was in general. Aside from Greg’s general desire to be popular, there’s no clear goal laid out for audiences.

Instead, the movie plays out like a series of random events strung together. Aside from them being friends and in school, there’s no overarching connection to each of them. It isn’t until much later that some form of conflict between Greg and Rowley comes into focus. By then, however, it feels like just another event that’s only tangentially related to everything else that’s happened.

This makes it tough to feel any sort of connection to the film and especially the characters. While there’s a theme about being a good friend and listening to your conscience even if it runs counter to popularity. This is a good theme and message for younger audiences to hear. The problem, is it happens so haphazardly, you don’t actually buy it.

I’m just going to say it; Greg is a jerk. He treats Rowley like crap all throughout the movie, and things don’t change until the very final minutes. Even then, his seemingly altruistic sacrifice ultimately winds up as self-serving, but the two are friends again so that’s all that matters. Bah!

It’s an ending that hits the right notes for these kind of animated films, but rings completely hollow considering how the rest of the movie was laid out. Wimpy Kid felt like a TV episode stretched at the edges. Like how you pull at the bottom of t-shirt that may have shrank a bit in the wash, but instead of a longer shirt, it looks all wrinkled and warped on the edges. That’s Wimpy Kid trying to push it’s run time as far as it feasibly can.

As such, despite being relatively short, it felt like it went on forever. There were a few moments during my viewing that I looked at the timeline and thought to myself, “how is this not over yet?”

It may seem odd to say, but Diary of a Wimpy Kid would have worked better if it had been shorter. Trim out the many extraneous slice of life scenes, keep it focused on the handful of sequences all about the friendship/conflict, and this would have been a solid half-hour Wimpy Kid special!

As it stands, what we’re given is something that can’t quite decide if it wants to be a movie, or a TV show. There’s some really solid humor in Diary of a Wimpy Kid, with some sight gags that had me laughing, but the pacing and story elements made it feel better suited for an animated series.

I hate to say it, and generally don’t like being so negative, but this was a tough one to enjoy. It’s got some solid elements. The humor is there and works for the most part, and I really loved the animation style they’ve gone with. Sadly, it couldn’t work past its pacing issues and delivered a story that was both boring and rang hollow in its themes. 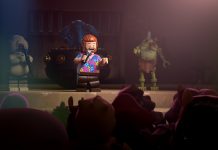 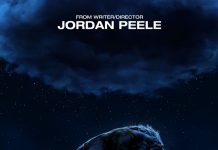 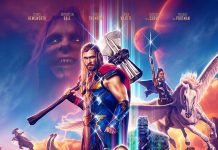