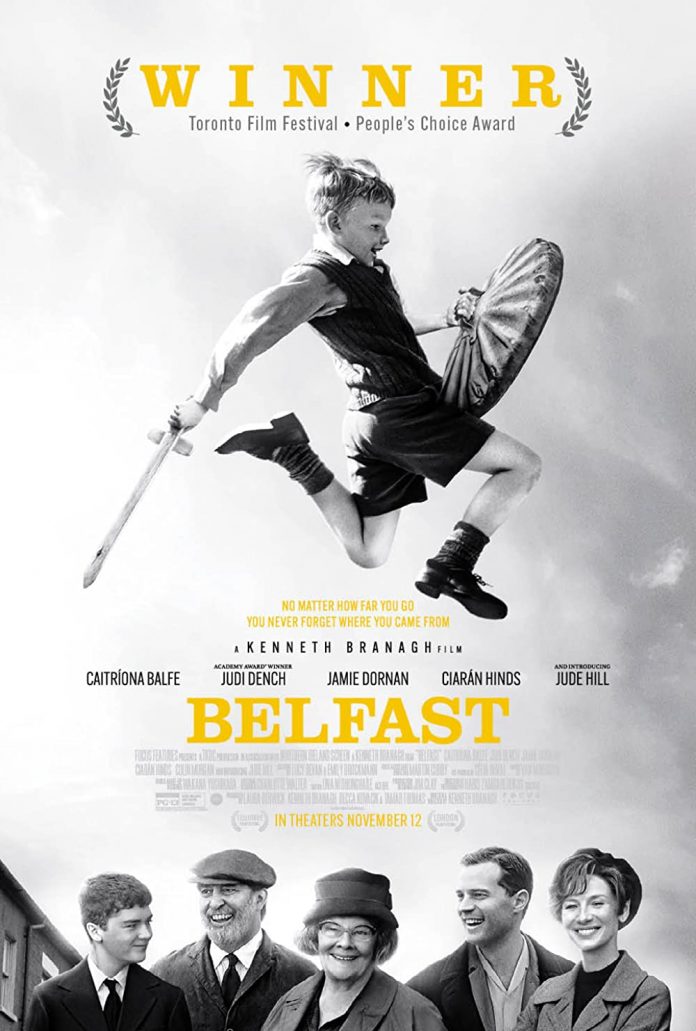 Belfast is a sometimes heartbreaking but more times heartwarming vignette of a tumultuous time in history with an incredible script and excellent acting.

In 1969, a harsh response to a nationalist protest by a loyalist-leaning Police force sparked a violent riot in Northern Ireland. The conflict would begin a 30-year uprising within the nation (referred to as “The Troubles”) that scarred and fractured its populace. While the heart of the conflict began as a difference in opinion as to whether Northern Ireland should seek independence from the UK, it unfortunately became more associated as a conflict between Protestant and Catholic sects of the population. Those associated with the independence movement were largely Catholic, and so they became the target of violent attacks from Protestant groups.

The film Belfast provides an up-close and personal account on the impact of the 1969 rebellions, not through direct involvement with the conflict but through the eyes of a family trying to live their life in its midst. So often we find films that want to put us in the middle of the action associated with a historical event, and so it is somewhat refreshing to find one that gives us a perspective from the sideline. This allows two important advantages. First, it helps to provide context for the events because the characters in the film are struggling with the same issues that ultimately lead to armed conflict.

Second, this approach allows the filmmakers to provide a more even-keeled outlook on the chaotic events. Without taking sides, the film helps to explain the innocence of those people who were impacted by the events but not directly involved. It’s an important distinction that is all-too often lost in modern-day filmmaking. Too often we see our historical heroes and villains taking up arms against each other, but we rarely get the opportunity to understand how their actions impacted normal everyday people living at the same time.

Belfast accomplishes this by framing the film’s perspective through the eyes of a young boy, named Buddy, and his family. Buddy’s father works in construction, but has to travel to England for weeks at a time to find work. This leaves Buddy’s mother at home to raise him and his brother, with the help of his grandparents who live nearby. The family’s financial situation is dire, and they find themselves caught between continuing to live in Belfast, their ancestral home, or moving abroad to escape the instability.

But the film’s intricacy is much more than just a look at fight or flight. Among other factors weighing on the family’s decisions are the impact on the development of their children, the health of the grandparents, and the social implications of leaving their culture behind. The decision to do “what’s best” for the family is not so cut and dry. Either option has potential physically or psychologically negative consequences, of which may not be fully realized for years.

That’s really the understated elegance of Belfast. The film opens with credits in full color touring the city as it exists today, and then transitions to black-and-white as a reminder we are looking back in time. The film honors those thousands of people who faced very difficult circumstances similar to Buddy’s family. Whether they decided to bunker down in Belfast or leave in the hopes of finding a better life somewhere else, those decisions impacted what Northern Ireland has become. Those who left may be negatively viewed by those who stayed, and vice versa. It’s an important look behind the scenes of those major events in history books where the stories of refugees aren’t always told.

With the situation in Ukraine, it’s as important and timeless a subject as ever. Belfast shows us how misunderstandings between groups of people can develop into areas of significant conflict, which impact more than just those who are directly involved. Indeed, Buddy’s family is not particularly religious, yet they decide to attend catholic church for appearances sake. Meanwhile, loyalists are constantly harassing Buddy’s father, trying to get him to join their rank. Buddy’s father tries to remain neutral as long as possible, but as the conflict progresses they will have to eventually pick a side or else they will be seen as enemies to one side or the other.

What makes the situation even more challenging is the fact that every family is struggling with the same problems, and so they are doing what they think is best for their own. That puts neighbors in potential conflicts with each other, even because of inaction. When Buddy’s teenage cousin is desperate to become part of the action, she persuades the naïve Buddy into tagging along. This causes Buddy to unknowingly put his own family in danger. It’s one of many moments in the film that serve as learning opportunities for both Buddy and the audience – guiding us to ethical dilemmas in which there are no easy solutions.

But although Buddy is still trying to figure out the world around him, he has some excellent teachers to help guide him. The dialogue in this film is really quite incredible. Every line is both very timely and immeasurably insightful. Equally important is that the film’s script is very entertaining. I was afraid that a film taking place with such a dark background would be depressing and hard to sit through. But I was pleasantly surprised to see how full of life it is. Certainly Belfast still has its emotional highs and lows, but the film makes you smile despite all of the terrible things the characters have been through. That type of uplifting optimism is rare in films that deal with starkly negative circumstances.

In that regard, the cast is fantastic. Caitriona Balfe may have been robbed an Oscar nomination, but her performance of the mother is really the heart of the film’s thematic conflict. She is reluctant to leave her home in Belfast, even if it provides for the safety of her family. Balfe wears the torment of this decision on her face, and does an excellent job of creating a character who is trying to convey an outward appearance of normalcy. The other standouts are Ciaran Hinds and Judi Dench who portray Buddy’s grandparents. They have excellent chemistry with each other, and their lines are delivered accurately and with incredible insight. Hinds especially is a fountain of advice for young Buddy, and really provides a helpful perspective on living through challenging times.

Belfast is dedicated to all of the Northern Irish who lived through the conflict, and fittingly admires the decisions of both those who decided to stay and those who left. It doesn’t take sides or suggest one course of action over the other. I was enamored by the way the film finds a bittersweet path to walk that celebrates life with all of its challenges, rather than making an activist push. It’s a film that will make you smile just as much as it will make you cry. It isn’t exploiting the impact of tragedy, but instead speaks to the noble decisions we make in the face of it. 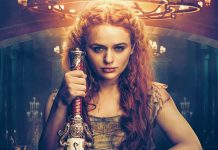 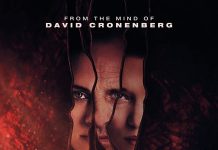