Reincarnation gets a Sci-Fi/action twist in the new film from Antoine Fuqua, Infinite, which manages to get real close to being great.

This week, Paramount+ launches Infinite, the latest film from director Antoine Fuqua and starring Mark Wahlberg. To be honest, I went into the film knowing almost nothing about it, other than the basic synopsis attached to the press release. Hell, I somehow managed to miss the trailer as well!

If you’re in the same boat, don’t worry, the film manages to catch you up pretty darn quick. The basic idea is that there are a select group of people in the world who are able to completely remember their past lives. Not just hints or sense of deja vu, but their entire personalities and knowledge.

Throughout the centuries, they carry the knowledge of their past lives forward, allowing them to retain all the skills they’ve acquired throughout millennia. They even remember each other and set up a society where they can interact in whatever current version of themselves they are (their reincarnations are random and can be any culture/gender).

These “Infinites” as they call themselves, aren’t all on the same page, however, and through the centuries two clear factions have formed. There are the Believers, who feel their inexplicable returns are a gift and serve the great purpose of guiding humanity. Then you have the Nihilists, who feel they’ve been cursed and are endlessly searching for a way to stop coming back once and for all.

Turns out the Nihilists have figured out how to do it: by wiping out ALL life on the planet. Literally, all of it. Sounds bad right? That’s pretty much the point in the story where we come in.

The accumulated knowledge of THOUSANDS of years has put the Infinites quite a bit ahead, technologically speaking. From super cool guns, advanced computers, and a host of other neat things that make them feel like they’re living about 200 years ahead of everyone else. Hence their ability to create the “Egg.”

This biological weapon is like nothing else and, if unleashed, will bring about an apocalypse that will turn the planet into a lifeless husk. Thankfully, the Believers were able to capture the device in a previous lifetime. Before being killed, Treadway (played by Dylan O’Brien at the start) was able to hide the Egg where no one could find it.

As such, both factions have been eagerly awaiting Treadway’s reincarnation in order to figure out where the device was hidden. Thus enters Mark Wahlberg’s Evan McCauley. Down on his luck and having endured a life of hardship, McCauley believes he’s been suffering from schizofrenia since his younger years (which had seen him in and out of various mental institutions). Wouldn’t you know it, it turns out those hallucinations that have plagued him were actually memories of his past life trying to come through….His past life as Treadway.

When an encounter with a drug dealer puts him on the radar in a way the Infinites recognize, both factions must race to get to him and unlock the memories in his head about where he hid the Egg.

Sounds like a lot, right? Somehow, just about all the information is given in just the first 10-15 minutes of the film. So I’m not even really getting into spoiler territory! The bulk of the story stays heavy on the action as the Believers do whatever they can to prevent the end of the world and the humans they’ve guided. The result is a whole lot of information dumped on you in a short amount of time.

This isn’t necessarily a bad thing, and on the whole I LOVE the idea behind the story. The problem, however, is that the film doesn’t really trust the audience to get them. The movie starts off with a narrator that drops a bunch of info before the picture even begins to roll, despite the fact that characters in the film itself give out this information along the way.

This makes the information given feel redundant, using up valuable screen time for exposition rather than any deeper character moments. It’s especially frustrating considering that the story takes leaps in other parts of the film, expecting the audience to catch up on their own. For example, the villainous Nihilist leader Bathurst (played beautifully by Chiwetel Ejiofor) manages to find one of the Believers’ safehouses that’s been hidden for years. There’s no explanation of HOW he managed to locate it, but considering the resources we’re shown that he has, you have no trouble believing he’s capable of doing it.

So there are moments where the story/filmmakers trust the audience (and the visuals) to fill in the gaps, but they don’t extend the same to other elements. The result is a movie that feels decidedly mixed in its pacing. There are times where you feel they’re up against the clock, but then thrust into a montage that makes their timing feel a bit more expanded. Not to mention how quickly Wahlberg’s character, McCauley, goes from disbelief to “all in.”

Seriously, I can’t even tell you where the transition was, and for the most part it only seemed to happen because McCauley seems to just be going along for the ride because he’s got nothing else to do. This might entirely be because of the performance Wahlberg gives, however, but it feels like the script just wasn’t as tight.

I’ve seen plenty of decent Wahlberg performances over the years…Sadly, this isn’t one of them. For the most part he feels sort of just…there. Even as crazy things happen around him, his reactions feel muted, and I never got the sense that his character was all that engaged in the events going on. It felt like I was watching Mark Wahlberg be himself rather than a character in the movie.

It made it really tough to buy into the idea that his Infinite personality, Treadway, was special and able to do things others could not. Even as we see other characters do amazing things and be badass, it only seemed to highlight that Mark Wahlberg couldn’t hang with them realistically. The rest of the cast feels solid, and some of the performances are genuinely engaging/great. Chiwetel Ejiofor could play a villain in literally every movie and I’d be 100% on board, and he definitely steals any scene he’s in.

The action moments are pretty fun as well, bringing together a number of “holy shit” elements that dazzle the eyeballs and hit a number of factors. We’ve got shoot-outs, car chases, Sci-Fi weapons, and even Martial Arts action. There’s a lot there and it’s all handled deftly. As such, it’s a shame the film’s story elements can’t quite deliver. The potential is there, but Infinitie never reaches it.

It’s a bummer considering there’s so much about the story that feels unique. I love the reincarnation “rules” we’re given. It has the vibe of stories about Immortality, but different in that dying still has real stakes. It’s only their minds that remain throughout the ages, meaning they still have to grow from infants each time they die. Thus, death has a real consequence, as it would then be several years before their reincarnation would be actually helpful to their fight/causes. Combine that with the Science Fiction elements and advancements these beings have made over the years, and there are tons of stories that could be told within this universe.

I had plenty of fun watching Infinite, and never felt bored, but I think putting this one on Paramount+ instead of theaters feels like the right call. This definitely feels like an enjoyable flick to turn on and watch on the couch with some snacks, but I’m not sure I’d want to pay the money to head out to the theaters to see it. 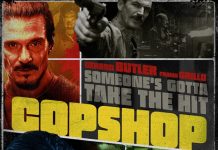 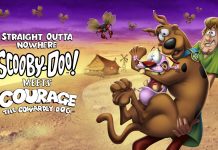 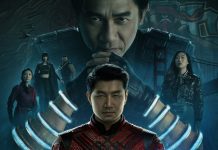